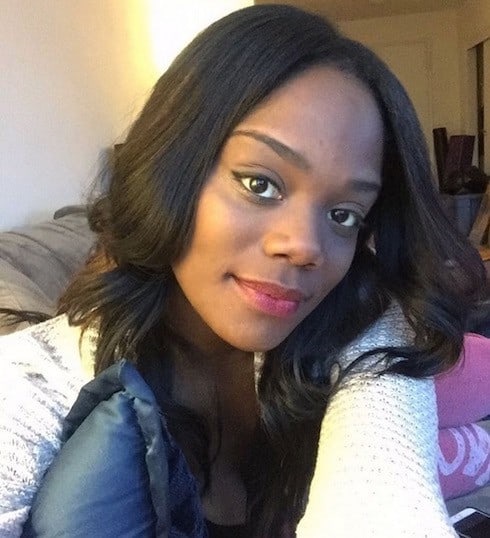 VH1 is set to go live with its newest show–and first non-reality TV series in some time. The Breaks is based on the network’s hugely successful 2016 movie of the same name, and is set in an early 90s New York City about to explode with hip hop. And no one better personifies the excitement or the drama of the era than the character Nikki Jones, brought to life by soon-to-be-superstar Afton Williamson.

In the 2016 film, Nikki famously tears up her acceptance letter from Harvard while giving her high school’s valedictory speech, and declares that she’s instead going to New York to make it in the brand-new world of hip hop. Nikki’s fire is something Afton can relate to, though the actress’ own path went straight through academia: Afton, an Ohioan by birth, attended Eastern Michigan University and graduated with a BFA. From there, a greater emphasis on acting took her down south for several years, to the University of Alabama and its association with the noted Alabama Shakespeare Festival–Afton left Alabama with an MFA in drama.

From there, she moved to New York City, the place she currently calls home–and where she feels she really began to earn her keep as a professional actress. “I had gone straight through school, no breaks, and ended up here….I did it my way, and have been pretty successful,” she told The Wrap (via GlobalGrind). And, no, her use of the word “breaks” wasn’t coincidental: “I had no clue that that was the tag line from the posters, until they came out. Which was funny, because that’s why I came to New York. Anytime someone would ask me, I would say, ‘If you can make it here, you can make it anywhere.” 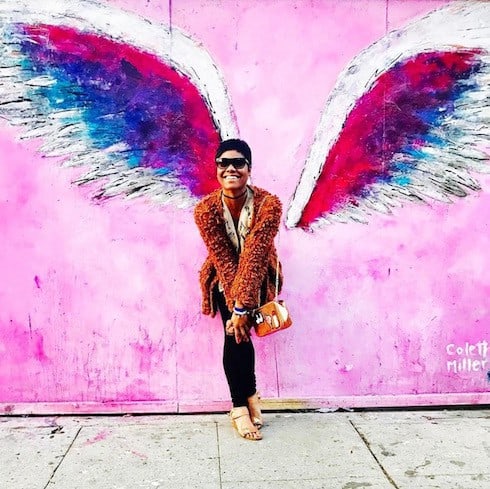 Afton’s first major role of note also came on the stage. She served as Kerry Washington’s understudy in the David Mamet play Race when the work made its Broadway debut in 2009. Washington left the performance the following year, and Afton found herself starring as Susan. TV work soon followed, including a small, but meaty role on another musical show: that of Makena, publicist to Hayden Panettiere’s Juliette Barnes, on Nashville. The fact that the show was a musical caught Afton by surprise, though she adapted quickly:

I didn’t even know it was fully a musical until it aired. We didn’t know anything about this because we were still filming until it aired. And every time we read through, we never did the songs, because that was separate stuff. That would be in recordings and they’d film that separately. And I wasn’t really in any of those scenes. There were a couple scenes where I was overseeing things in the studio with Hayden, and that was when I started to realize how good the music was. But I didn’t know everybody could sing.I’m still a huge fan of that show. That’s one show that I religiously watch because I thought it was the coolest thing. I love the idea of it. 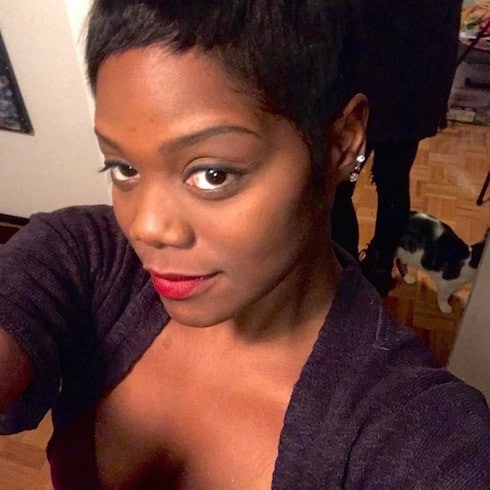 Post-Nashville, Afton’s parts became slowly and steadily bigger. She had higher-profile gigs as Autumn on CBS’ A Gifted Man and Alison in Cinemax’s Banshee, before landing what’s been her biggest and most critically acclaimed non-Breaks part: that of Wiggins in HBO’s award-winning 2016 miniseries The Night Of.

But The Night Of was a one-off; it’s The Breaks that looks to become a recurring hit for VH1. Afton thinks she understands part of the original movie’s appeal, and, thus, why the network decided to make the jump from movie to series: “It’s interesting that we’re now doing a story about the ’90s as a period piece,” she explained. “They were adults, and they lived through it, so I think that’s why everybody wants to do the ’90s right now. Music and hip-hop is so relevant now, and kids don’t really know where it came from. And I learned a lot too, even thinking that I already knew about it.”

In a recent interview on Facebook Live, Afton also elaborated on the key differences between the movie and the TV versions of The Breaks. The key word, fans of the movie will be delighted to hear, is “more”: as in more story, more characters, and a lot more length:

You’re gonna get the same quality. And that’s what we have worked on night and day. Effort–all the effort in the world, to make sure that we still bring that same…feel. It needs to feel like we just left this show, and now we get to see many versions of that every week. And I think that that’s gonna be the through-line, that keeps it–the same heartbeat, the same pulse. We don’t want to reinvent the wheel, because you guys already told us how much you loved it. So, we want to just give you more. The difference is…you get eight episodes! I ain’t sayin it’s not gonna end on some looks–I ain’t sayin that you’re gonna know. There’s definitely cliffhangers…[But] it’s not over in two weeks. I know that you guys are gonna be so excited by getting to live the life of these characters a little bit more than the 90 minutes that we gave you.

You can follow Afton on Twitter here and on Instagram here. Additionally, her Instagram page links to a personal site that isn’t live yet–but, given the fact that she’s about to become an even bigger star, that seems unlikely to last, so keep your eyes on it 🙂

You can watch the 2016 movie version of The Breaks here. The Breaks Season 1 debuts Monday, February 20th, at 9 PM on VH1.