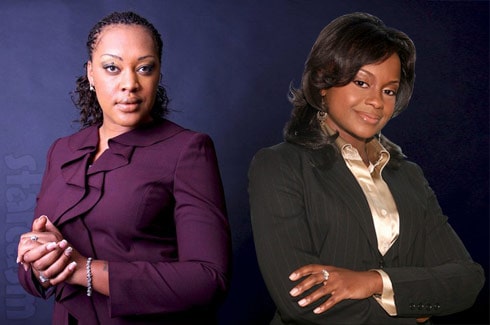 It’s been well over three years since The Real Housewives of Atlanta‘s Phaedra Parks sued author and former friend Angela Stanton for defamation after Stanton published the book Lies of a Real Housewife in which she alleges that Phaedra Parks played a major role in the fraudulent schemes that landed Angela and Phaedra’s husband Apollo Nida behind bars.

The last time we posted about the defamation suit in February of 2014, Phaedra had filed a motion of summary judgment in hopes that the judge would rule in her favor before the case went before a jury. That motion was later denied. Since that time the wheels of justice have continues spinning, albeit VERY slowly.

In the latest development, Angela Stanton’s defense team, headed by attorney James Radford, have defeated a second motion for summary judgment filed by Phaedra. It is unknown if Phaedra and her team will try to appeal the denial or if the case will FINALLY get an actual trial date.

Judging from the damning depositions already provided by the defense team in which former friends and associates of Phaedra Parks seemingly confirm the claims made by Angela in her book, I simply cannot imagine Phaedra is going to let this actually go to trial. And let’s not forget that Gayla St. Julien, who was arrested along with Apollo Nida in the fraudulent schemes that led to his current 8-year sentence, seemed to suggest that there was more to Phaedra’s involvement in those crimes than she revealed to police.

“APOLLO IF YOU READ THIS I KEPT YOUR WIFE OUT OF THIS,” Gayla wrote in all caps in a statement soon after her sentencing. “SOMEONE HAS TO STAY AND CARE FOR THE CHILDREN LET’S LEAVE IT AT THAT!!!!!!!!”

We will continue to monitor the case, and of course we will update you if anything new develops.

UPDATE – Just days before the trial was set to begin, Phaedra dropped her lawsuit. “God is so good,” Angela said in a statement to Tamara Tattles after the announcement. “I was sued for 30 Million Dollars. This lady [Phaedra] held my life up for 5 years just to turn around and dismiss her case against me with prejudice, days before our scheduled trial date. She can never come after me again. I am finally free!”