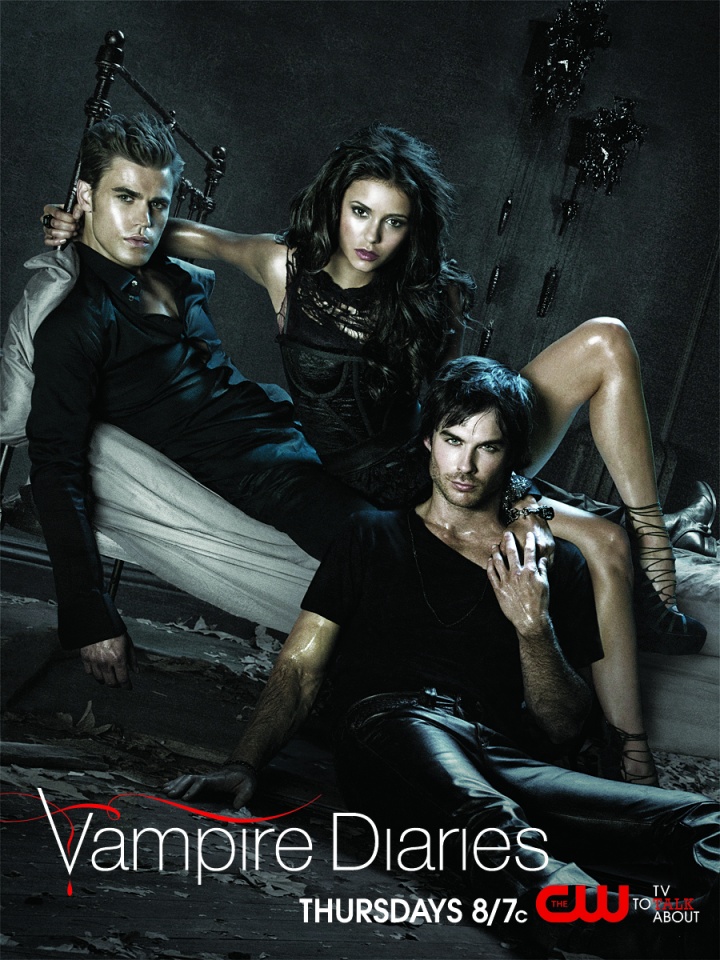 I posted a number of Vampire Diaries Season 2 promotional wallpapers yesterday and The CW has followed those up with two more awesome (but not-quite-wallpaper-sized) images! (Click images to enlarge)

The photo above screams “vampage a trois” as the dark and villainous-looking goth love triangle pose on a wrought-iron bed as a pair of black cuckoo clocks measure out their immortality on the wall in the background.

In the second photo, the vamps’ attire lightens up as the Three Vamigos form a cross in the grass: 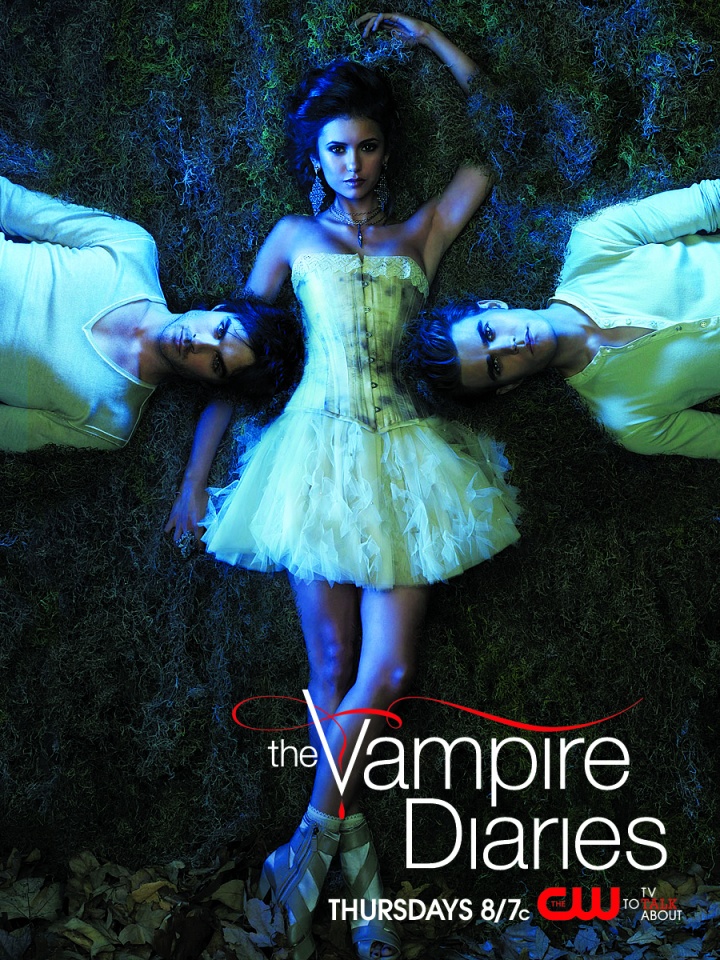 Paul Wesley as Stefan, Nina Dobrev as Elena and Ian Somerhalder as Damon

‘The Vampire Diaries’ Season 2 wallpaper photos of the cast