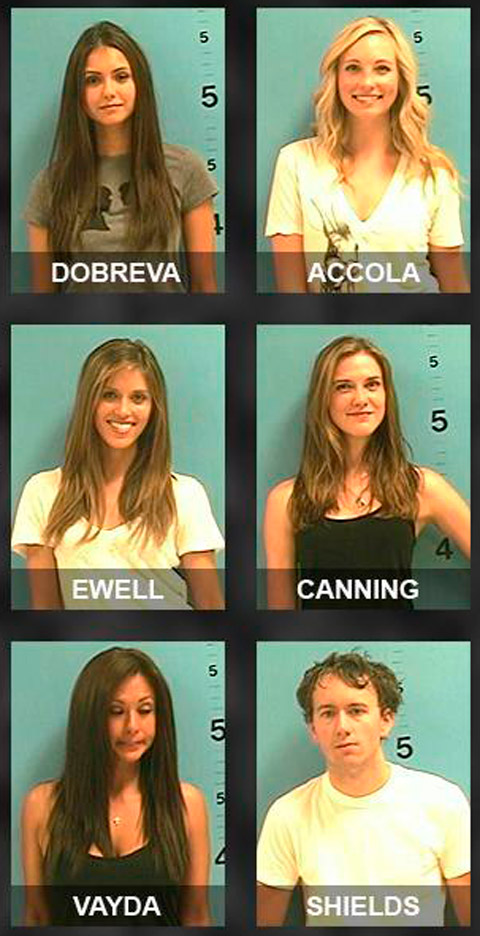 Tyler Shields revealed he was a professional photographer and the group was taking pictures to promote an upcoming show. Police checked his camera which contained images of some of the actresses hanging off the Rumble Road bridge. The group was then booked and released from the Monroe County Jail, which is when the beautiful mugshots above were taken. Each of the six put up property bonds of $1000.

In addition to the precarious overpass photos, there are apparently more on the way. From mymcr.net:

Ahar Kahn, an employee of the BP Food Mart on Rumble Road at I-75, said the group was on its way to Savannah. He said they came by his store and took some “fun kind of pictures” while straddling on his store’s gas pumps.

Here’s the police report, obtained by the ever-diligent folks over at thesmokinggun.com: