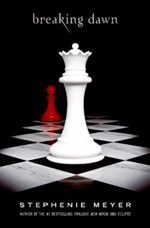 You know you’re a popular movie franchise when rumors start swirling about installment number 4 when the first sequel is still in production! Ashley Greene recently revealed in an interview with E! that shooting for Twilight: Breaking Dawn will begin immediately after the third installment Eclipse (which is set to start shooting on August 17) finishes up.

E! has a Twilight insider that tells them the rush job is motivated by the fact that there is a good deal of hanky panky going on behind the scenes, and not just the rumored Robert Pattinson/Kristen Stewart hook up. It seems Summit Entertainment is worried that the inevitable conflicts that arise when people enter into and exit out of personal and physical relationships might cause problems down the road:

That’s why Summit’s “cranking them out as fast as they can” and “shooting
[all the sequels] “back-to-back,” continues our insider. The point being,
‘course, to avoid some major blowout between castmembers that might
conceivably “jeopardize” or bust the whole damn franchise up.

My theory is that Summit has someone with foresight enough to realize that these actors will only be able to pull off looking 17 for a little while longer and they need to squeeze in as many movies as they can before resorting to something ridiculous like aliens armed with vampire-aging ray guns.

Ashley Greene goes on to say she doesn’t think either of the three directors will be back for Breaking Dawn, with E!’s Ted Casablanca reporting via video blog that Summit Entertainment responded to the question of Catherine Hardwicke returning with “No f***ing way that b*tch is bats**t crazy!” 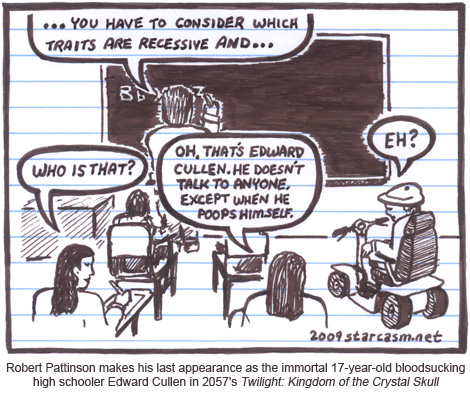 As Twilight fans know, Robert Pattinson and Kristen Stewart have signed on for all four movies, but none of the remaining cast members have officially committed. Billy Burke tells E!, “All I know is that, as of now, I only signed on to do three.”

Why does Andrea Arlington give her daughters Alexis and Tess daily Adderall?