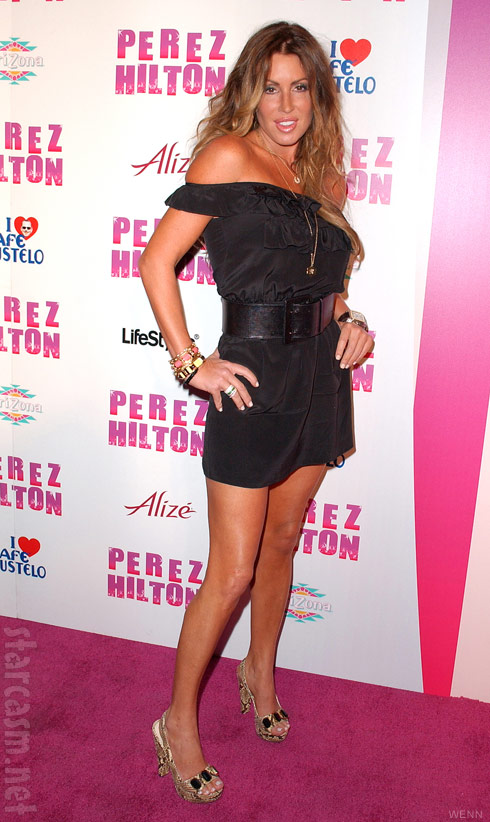 In honor of the tenth anniversary of the 9/11 attacks Tiger Woods’ mistress numero uno Rachel Uchitel sat down with Page Six Magazine to discuss the death of her fiance James Andrew O’Grady, who died at Ground Zero.

In the interview the Ootch seems to suggest that the death of O’Grady prevented her from getting married too early and missing out on an exciting life that included making $500,000 a year as a hostess at Tao in Las Vegas and at New York’s The Griffin, having sex with Tiger Woods, and appearing on Celebrity Rehab with Dr. Drew. She also addresses her relationship with current boyfriend Matt Hahn and how they are relocating to San Francisco and considering the possibility of having kids.

OK, enough with the set up. Here is the list. (Let me remind you that these are all quotes!)

5. “I believe Andy was meant to die because he was too good.”

4. “I never wanted [kids] … but I know how much I love my dogs, and I think I’d make a good mother to my own kids.” [***This one didn’t necessarily fit the theme, but had to be included anyway]

3. “I would be a fat housewife with three kids in Sands Point, Long Island.”

2. “It would have been tragic if we got into fights and then divorced.”

1. “I’m almost happy it ended the way it did because I’ve learned so many lessons from him.”

I don’t know what I’m more astonished by, Rachel’s comments or the fact that hostesses make half a million bucks a year! How much do hosts make? I smell a possible sex discrimination lawsuit here!

Of course I’m kidding – her huge salary cannot compare to the selfish and insensitive manner in which she addressed the death of O’Grady. You can be grateful for things that happen to you after a tragedy, but to phrase it like she did is just reprehensible.

In Rachel’s defense, here’s a raw video clip from her interview in which she manages to not say anything controversial or disrespectful:

Rachel has since said she has plans to sue Page Six and The New York Post (aren’t they were the same company) for misquoting her and taking things she said out of context.