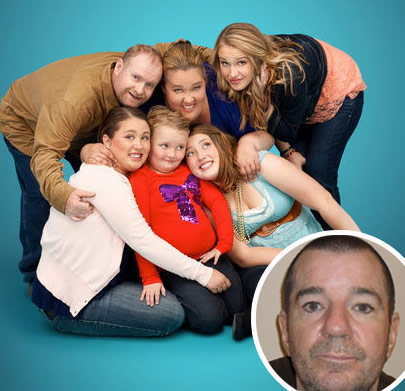 And just like that, there went Honey Boo Boo…

In the wake of a report that Mama June Shannon had rekindled a romance with a man convicted of molesting an 8-year-old relative of hers, TLC has cancelled the popular reality TV show.

Ratings have been somewhat down, but Boo Boo was still a very good earner. Also, an entire season has been filmed so the network will be taking a big financial hit based on this decision.

As we reported yesterday, Mama June’s daughter Lauryn “Pumpkin” Shannon stated that the reports about her mom dating Mark McDaniel, who was accused of forcing oral sex on an 8-year-old girl and served nearly a decade behind bars for the crime, were false.

June has since indicated the same via Facebook when she wrote last night:

“I want to make a post trying to clear up the rumors remember you can’t believe everything you read! Ppl sell stories to the tabloid everyday that r false! It isnt true i promise my kids r #1 priority over anything else and I would never put them in danger period over this or anything else they r my life this is my past I left him 10 yrs ago for it and I wouldn’t go bac”

TLC told TMZ, “Supporting the health and welfare of these remarkable children is our only priority. TLC is faithfully committed to the children’s ongoing comfort and well-being.”

Will TLC cancel 19 Kids and Counting because of Josh Duggar?