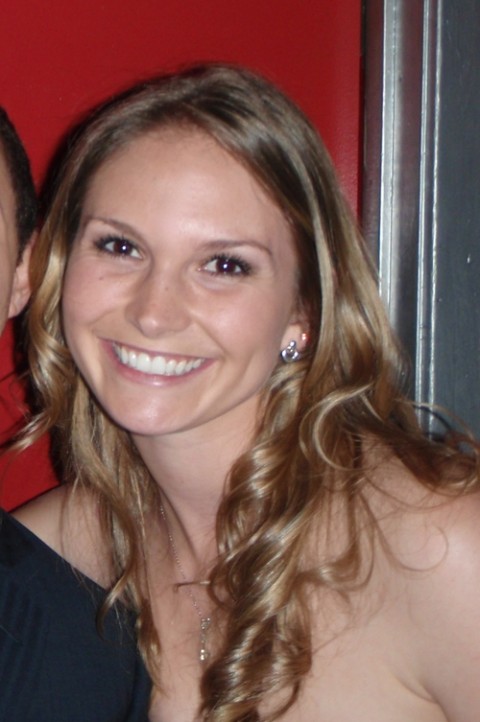 One of the contestants that will be vying for a job with Donald Trump in Season 10 of The Apprentice is 24-year-old Poppy Carlig from Richmond, California.

Here is the official “get to know” information for Poppy as provided by NBC from their cast announcement:

Carlig, a recent Stanford graduate who has a Bachelor of Arts in Human Biology and Master’s in Sociology, hasn’t been able to secure a full time job in her chosen field. She was offered a job doing breast cancer research, but unfortunately due to the economic recession, the funding fell through. Carlig currently lives in Richmond, California with her parents and works as a part time caretaker for her grandmother. As a competitive synchronized swimmer, making the Olympic training squad and winning 4 NCAA championship titles in college, Carlig is ready to use her competition skills.

Based on this info I did a little sleuthing and here is what I was able to dig up on the lovely Cali gal.  First and foremost what I found is what can only be considered spoiler information in that she is now gainfully employed!  Via her Twitter account she has made a number of posts in regards to her new job.  Here is a sampling of her tweets beginning with a comment about returning from the taping of the show. 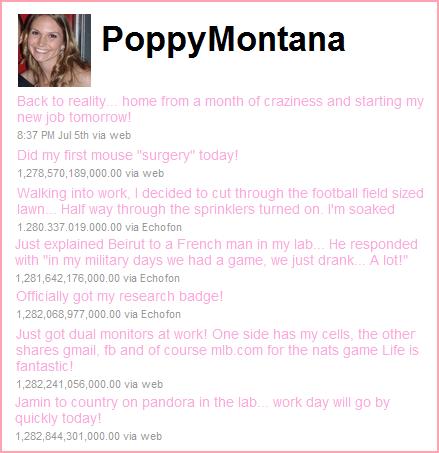 As part of the announcement for Season 10 of The Apprentice NBC revealed that the show will focus on providing contestants with an opportunity to find jobs in their chosen fields during these difficult economic times.  One of the changes that reflects this theme is that winning project managers are provided interviews with top companies as opposed to being awarded cash or lavish prizes.

I’m going to guess from those tweets that this interview scenario is exactly what happened to Carlig.  The show wrapped up filming in late June and that initial tweet is from July 5th and indicates that she lasted approximately a month.  It also doesn’t appear to be a Trump type of job she’s landed, unless he has got himself into the mouse surgery game, so the best I can tell Poppy isn’t the next apprentice.

I think the fact that she was a highly competitive synchronized swimmer is pretty cool.  Here are a few videos of Carlig doing her thing in the pool.  From the videos I can certainly tell you that Miss Carlig has a great pair of legs!

Well I would wish Poppy good luck but it already appears like she “gets fired” by The Donald at some point.  But hey, she does have a job with an official badge in her chosen field.  So in many ways it appears as if she comes out a winner anyways.