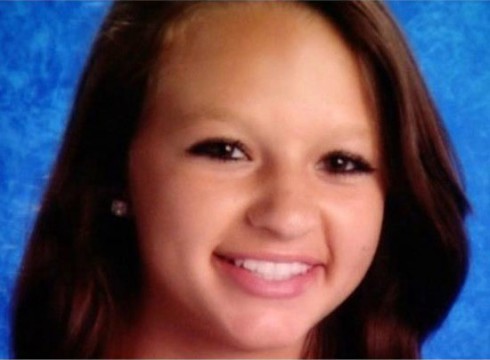 Authorities are searching for 14-year-old Baileigh Karam, who has went missing after a video involving the teen in a fist fight was posted to Facebook. Baileigh’s mom, Karen Karam, hasn’t seen her since the fight took place last Friday.

In the footage, a group of girls can be seen gathered around cheering the brawl that happened at Carlsbad High School in Carlsbad, California. The onlookers made sure to take videos of the melee with their cellphones but did nothing to try and stop what was happening. Baileigh’s mom said the terrible situation was ignited by jealousy over a boy.

Here is the local news report filed by CBS8. I’ll warn you in advance, it contains footage from the fight that is violent:

Team Amber Rescue is circulating fliers in hopes of locating Baileigh. Her mom believes she may be with a close friend. She said, “I think she’s [friend] out there protecting her. I think she knew Baileigh was going to be in a bad, bad place and that they’re out there together somewhere.” She added:

“I hope my daughter knows that we just want her back home, under any circumstance, always come back home. You are so missed, so, so, so loved. We are all falling apart without her.”

Anyone who has information on Baileigh’s whereabouts are being asked to contact the Carlsbad Police Department.

PHOTOS Will street pole dancing be the new skateboarding for girls?