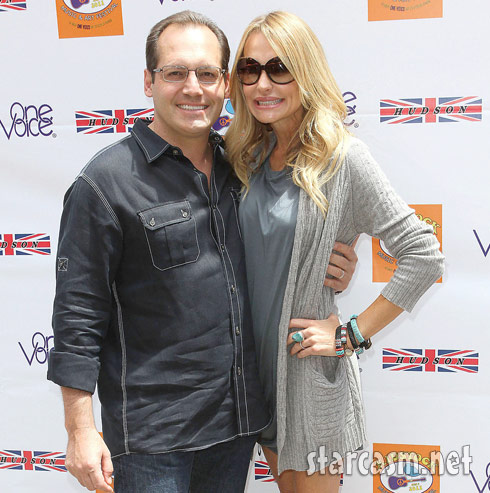 Russell Armstrong is staking his claim as possibly the shadiest Housewife husband. In a previous 2-post breakdown we revealed that he’s a convicted felon and that he’s been accused, among other things, of fraud, negligent misrepresentation, statutory securities violations and breach of fiduciary duties.

In addition to his criminal past his wife Taylor Armstrong, who has her own questionable past, of The Real Housewives of Beverly Hills has filed for divorce and revealed that her decision to do so was partly based on the fact that Russell got physical with her which he surprisingly admitted to. This leads us to the latest chapter in the world of the mysterious Armstrong Bravolebrities which involves an alleged internet scam and a lawsuit for over 1 million dollars.

Both Russell and Taylor have been named in this lawsuit in which the two have been accused of funneling money away from mislead investors to do their own investing in a high-end restaurant with Eva Longoria and to upgrade the decor of their own home. It’s a little complicated but here’s how it allegedly happened.

Russell is a venture capitalist who was CEO of a company called NDS (NuWay Digital Systems, Inc.) which held interest in another company called (MMR) MyMedicalRecords.com. In the lawsuit, MMR claims Russell collected more than a million dollars by selling off NDS shares to investors who were told they were getting a piece of MMR. Interestingly, the Armstrongs had previously reached a settlement in regards to this situation but MMR believes that they have not followed through on those terms and are looking for 1.5 million because of this.

As for Russell, his attorney, who has to be a busy man, told TMZ that MMR is struggling financially and that the current lawsuit is a “shakedown” and “groundless.”