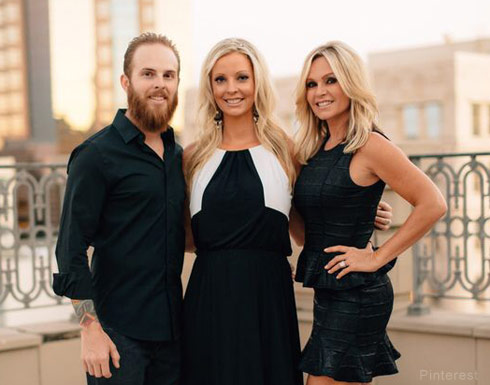 Earlier this week it was revealed that The Real Housewives of Orange County star Tamra Judge’s son Ryan Vieth was arrested for domestic violence in late June after an alleged dispute with his wife Sarah. On Monday Tamra took to Instagram to head off speculation by pointing out that the charges were dismissed and that there were no injuries sustained by anyone. She also reveals Ryan and Sarah are currently going to counseling together.

Here is Tamra’s full statement, which accompanied a graphic of Abraham Lincoln that attributes him as saying, “Don’t believe everything you read on the internet:”

Thank you for all the positive messages. There are Two sides to every story! What radar onLie didn’t report was: everything was DISMISSED. No CHARGES No violence No injuries. They are still together going through counseling with pastor Mike. They are very hurt that someone would tip off the press and give quotes that are not true. We ask for your prayers ? not your judgment. ? #AvaRyan

Amazingly, despite Tamra’s very public disdain for Radar Online (and here), she spoke with the site on Tuesday about the incident. “It’s unfortunate and I’m not happy with either one of them,” she said. “The reason they got into a fight wasn’t his fault, but he’s trying his hardest to work things out for their daughter.”

Tamra said her son is in tears because of the situation, and that he doesn’t feel he should be near Sarah, but doesn’t want to be away from their five-month-old daughter Ava. “I’m hurt and disappointed,” Tamra admitted. “I’m trying to stay out of it so they can work it out, but it is difficult.”

Radar Online has since spoken with an “insider,” who must be very close to Ryan Vieth, who reveals details about exactly what happened on the night of the incident in question:

“Ryan was sleeping in bed, but his friends were over and they were drinking,” claims the insider to Radar. “Sarah woke him up by pouring water over his head, asking, ‘Do you want to watch me f**k your friend’s girlfriend?’”

After Ryan got all the party goers to leave, he later discovered “nasty” text messages to other men on Sarah’s phone. The insider says the two fought over the phone, and soon after was when Sarah raced outside and to the neighbor’s house and claimed Ryan had attacked her.

The insider continued, revealing that Sarah had raised suspicion before. “Sarah went on a job interview at 5 p.m. while he watched all the kids, and she did not get home until 5 the next morning,” the insider claims.