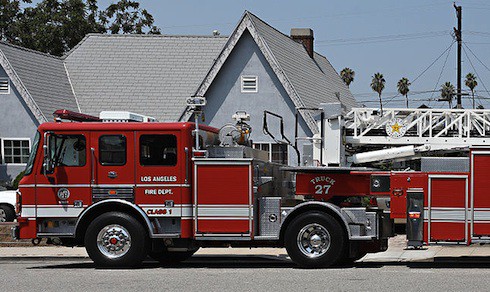 Accusations are flying high and piling higher in the quiet Californian burg of Sacramento, where sixteen city firefighters have been placed on paid administrative leave. The charge? That the lot of them engaged in lewd group sex with an escort-turned-firefighter’s girlfriend, filmed their exploits, and turned them into a sex tape, which they intended to distribute for fun and profit.

The trouble began in May, when Orville Fleming, a fire academy instructor and the battalion chief for the California Department of Forestry and Fire Protection (CDFFP), was accused of murdering his girlfriend. The victim was Sarah June Douglas, 26, who is also the former escort in question. 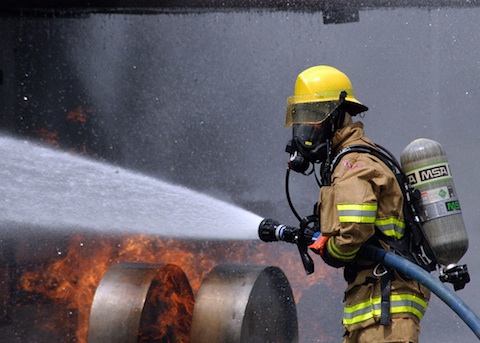 It was Fleming’s estranged wife who first brought up the sex tape accusations. She claimed to have received a copy of said footage in the mail–anonymously–and that she recognized the men depicted as officers in the fire department, Fleming among them. The lone woman, said the estranged wife, was Sarah June. Fleming’s wife did not say whether she could also identify the fire engine in the tape.

After a preliminary investigation, the CDFFP called allegations of the sex tape “unfounded,” but were unable to state conclusively that no such tape existed. It was then that the California Highway Patrol was called in, because of the seriousness of the allegations, to conduct a more thorough search. In the meantime, the officers accused of appearing in the video have been suspended on unrelated charges. It’s not known how severe their punishment would be, should a tape featuring their fire hoses emerge.

Said Mike Lopez, president of the suspended firefighters’ union, “If there are employees who broke protocols or procedures with academy or department policies, that’s a very sad situation that nobody’s proud of.”

Orville Fleming’s extranged wife Meagan could not be reached for comment.

Should parents be “shot-limiting” their children during vaccinations?