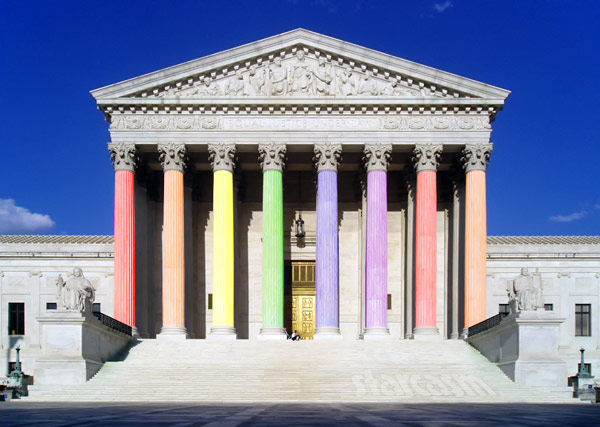 June 26, 2015 now belongs in American History textbooks as the day the Supreme Court of the United States of America made gay marriage legal in all 50 states.

“No union is more profound than marriage,” Justice Anthony Kennedy wrote in the court’s summary, “for it embodies the highest ideals of love, fidelity, devotion, sacrifice, and family. [The petitioners] ask for equal dignity in the eyes of the law. The Constitution grants them that right.”

Joining Justice Kennedy in favor of the ruling were Justices Ginsburg, Breyer, Sotomayor and Kagan.

Those voting against the ruling were Chief Justice John Roberts, and Justices Scalia, Thomas, and Alito. Each of the justices opposed to the ruling filed a dissent, with Chief Justice Roberts choosing to read part of his from the bench.

“If you are among the many Americans—of whatever sexual orientation—who favor expanding same-sex marriage, by all means celebrate today’s decision,” Roberts read. “Celebrate the achievement of a desired goal. Celebrate the opportunity for a new expression of commitment to a partner. Celebrate the availability of new benefits. But do not Celebrate the Constitution. It had nothing to do with it.”

The decision is a watershed moment in what has been a relatively rapid sea change in America’s cultural acceptance of homosexuality over the last thirty years. NPR reports that “a recent Gallup poll found that 60 percent of Americans – an all-time high – support extending the same rights and privileges to same-sex marriages as traditional ones. That figure included ’37 percent of Republicans, 64 percent of independents, and 76 percent of Democrats.'”

At the time of the ruling 13 states still banned gay marriage: Alabama, Arkansas, Georgia, Kentucky, Louisiana, Michigan, Mississippi, Missouri, Nebraska, North Dakota, South Dakota, Tennessee, and Texas. As of today, all of those states will be required to issue marriage licenses to gay couples. (Wow.)

President Barack Obama tweeted his reaction to the ruling:

Today is a big step in our march toward equality. Gay and lesbian couples now have the right to marry, just like anyone else. #LoveWins

Time’s Person of the Year 2017: Who are The Silence Breakers?