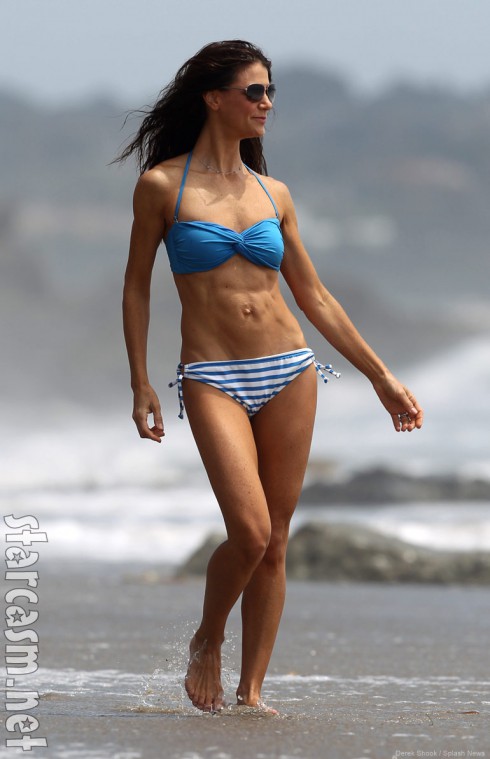 Former Dancing With The Stars co-host Samantha Harris has found herself another network hosting gig alongside General Wesley Clark on NBC’s Stars Earn Stripes reality series in which eight celebrities compete against each other by attempting to complete “complicated missions inspired by real military exercises.” The show premiered last week to well over 5 million viewers, and Samantha is doing her part to make sure that number goes up tomorrow night by increasing awareness through increased bareness! 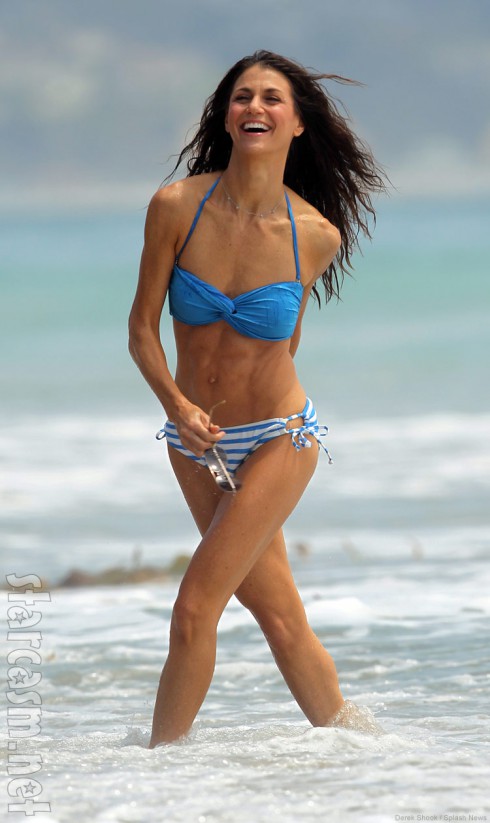 The 38-year-old hostess took to Malibu beach for a well-timed frolicking session wearing a bikini with a solid blue top and (fittingly) striped blue bottoms. She ran, she laughed, she contrappostoed, she made me very interested in tuning into Stars Earn Stripes Monday nights at 9/8c on NBC! And just in case you needed a little more motivation that the rock-hard eye candy of Samantha Harris, here is the description of the show from NBC.com:

In this fast-paced competition, the eight celebrities will gather at a remote training facility where they will be challenged to execute complicated missions inspired by real military exercises. From helicopter drops into water to long-range weapons fire, the contestants will be tested physically, mentally and emotionally. Each will be paired with a special operative from a military branch or one of our first-responder forces, including former U.S. Army Delta Force and Green Berets, U.S. Navy SEALS, U.S. Marines and police officers, who train alongside their partners and compete in the missions with them. Each of the teams is competing for a cash prize on behalf of a military, veterans or first-responder charity.

And a preview clip…