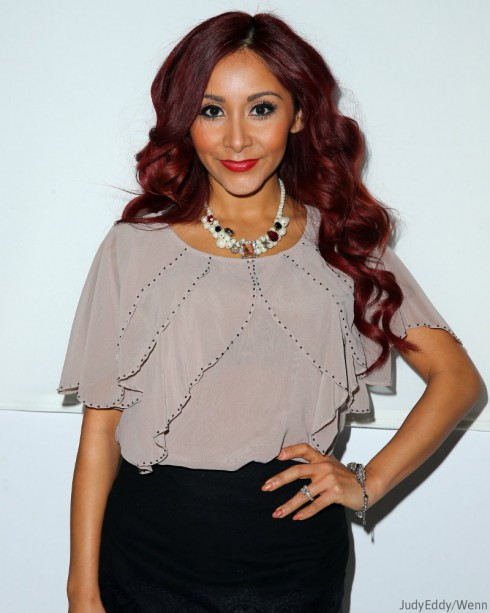 “Everyone expects me to wear glitter and leopard, and I’m like, ‘Maybe if I got married four years ago,'” the former Jersey Shore star told InTouch Weekly.

That doesn’t mean the mother-of-one won’t dazzle during her big day.

“I got an elegant ball gown for the church and a mermaid-style dress with a poufy train for the reception,” Snooki said, adding the wedding colors are black and gold. 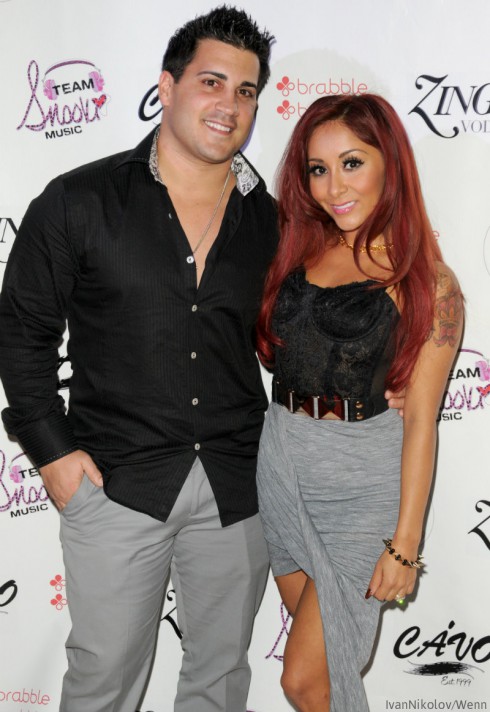 Snooki, who got engaged to Jionni nearly two years ago, said she recently began wedding planning in earnest. She hopes to keep everything cohesive with a Great Gatsby theme. Although that F. Scott Fitzgerald novel is all about decadence, Snooki said she’s planning a budget affair.

“I’m trying to save money — I’m so cheap,” she said, adding she’s going without a wedding planner.

As for when she’ll walk down the aisle, Snooki told MTV’s Remote Control last year the ceremony will likely occur during 2014.

She said in May 2013, “I haven’t really thought about it much. I’m not one of those girls that, y’know, envisions her wedding, so I just have to start from scratch.”

One decision she doesn’t have to worry about? Her ring bearer! Son Lorenzo will be perfect for walking it down the aisle. Plus, if Snooki and Jionni wait a few more years, they’ll have a flower girl in JWoww’s daughter!