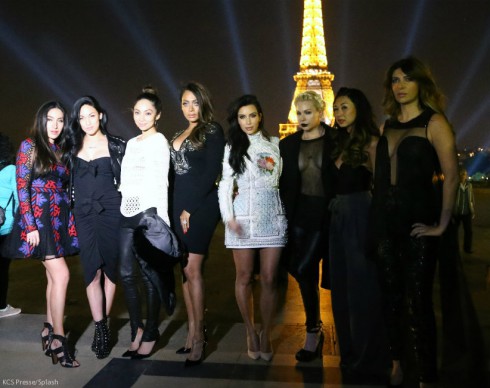 Kim Kardashian celebrated one of her last nights of singledom with friends, family and some Parisian paparazzi.

“I’m so lucky! I have the best friends in the whole wide world! #ParisNights#LastSupper,” Kim captioned a picture of her dining with sisters Khloé Kardashian, Kendall Jenner, Kylie Jenner and friends Rachel Roy, Joyce Bonelli, Lorraine Schwartz, Shelli Azoff, LaLa Vasquez and Brittny Gastineau among others. 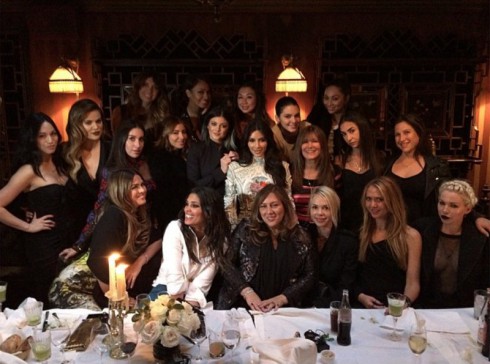 According to E! News, the ladies dined in a private room at the Salon Chinois inside the Costes Hotel. Each plate was $409 — adding up to $8,180 for the 20 women pictured above. (Pocket change, obviously.) 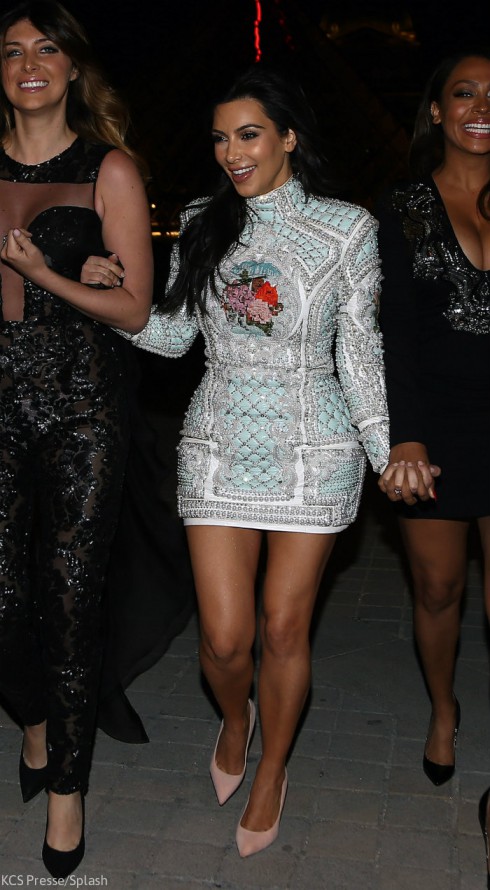 After the top-dollar dinner, Kim & Co. took a nighttime tour of the Eiffel Tower and Louvre. 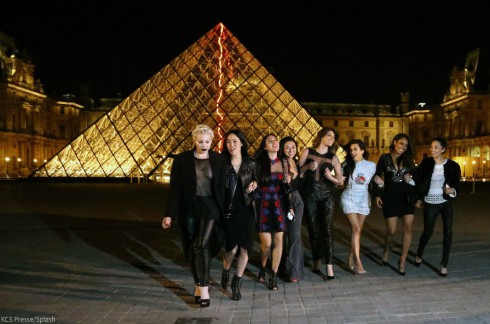 Despite reportedly ordering 15 bottles of Veuve Clicquot champagne, Kim and her sisters were up and at it earlier today. Kim and Kanye are set to marry tomorrow, with rumored two-phase celebrations in Paris and Florence, Italy. TMZ says Kanye’s keeping specifics a big secret from everyone — including bride Kim.

Joel McHale was told by E! to not joke about The Kardashians