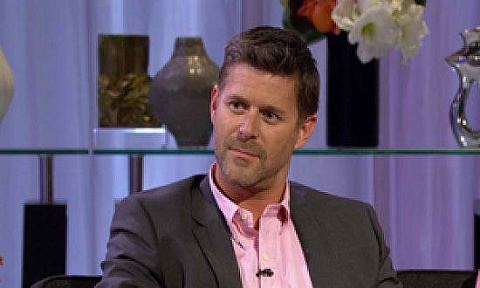 Real Housewives of Orange County star Slade Smiley has been the target of plenty accusations both on screen and off. Even with all of that, Gretchen Rossi’s partner has been a trooper. He’s kept his head held high and remained focused on his goals. What are they, you ask? Slade recently took time to answer some burning questions, including why he has had such a hard time paying child support and what his new job is!

As for the most frequently asked question of them all, aka the “What is going on with child support” question, Slade fills us in on what EXACTLY went down. When the economy took a wrong turn, Slade’s income decreased drastically leading him to request the payment amount be lowered. In a new interview with Wetpaint, Slade reveals, “My biggest issue with all of that is, all I did was file for reduction of support.” 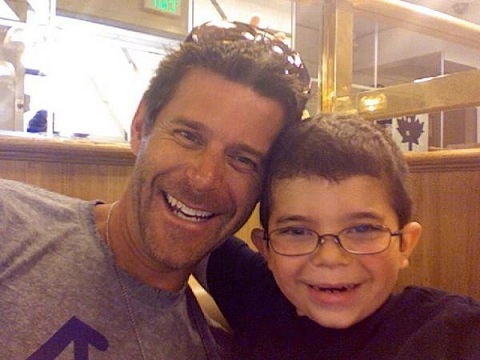 ^ Slade Smiley with his son Grayson

As for the specifics, Slade explains, “I was ordered to pay almost $4,000 a month, which means the first $8,000 I make, half goes to taxes, half goes to support. So I’d have to be making 20 to 30 grand a month to keep up with that type of order. And I just don’t have that type of job anymore.”

Slade has launched new company, Grayson Entertainment, and is taking a swing at brand integration. For example, when you see someone eating McDonald’s in a movie, that deal was worked out by someone in his field. He places brands in movies and television shows in order to drive business to that company. Although it sounds like a pretty sweet job, it has its ups and downs, just like any commission-based career.

Now, back to all the Slade bashing, courtesy of a few of the Housewives. As you’d imagine, it was rough for Slade to hear, and certainly affected his relationship with Gretchen, who took a lot of the heat as well. Even more damaging, was the impact it had on his career. “It affected my ability to earn for my son. A lot of my contracts, they got cancelled.”

Looking back on his experiences on the show and with the wives, Slade says, “The most disheartening was obviously the whole ‘deadbeat dad’ accusation. That was the hardest on me, because I had full-custody of my kids, and I fought for full custody of my son.”

Slade is now hosting his own radio show and hopes that he viewers will give him another chance. “I’m hoping that the radio show and as you go on and continue to watch, you’ll start to see more about who I really am, not just those 8 minutes that Bravo’s editing into [each episode of] their TV series.” Radio Slade airs from noon to 1pm weekdays on Playlist 92.7fm in LA, OC & Ventura or online at www.playlist927.com.

As for him and Gretchen, they are still not ready to get married but they are ready for a commitment of another kind —  starting a family! Last month, Gretchen announced on Watch What Happens Live, “I’m ready to have babies now!”

Former Real Housewife only has $100 to her name, divorce papers reveal