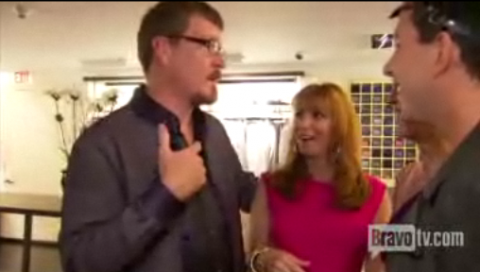 Tonight on The Real Housewives of New York City the truth about Alex McCord and Simon van Kempen’s relationship leaks out. You see, Simon is Alex’s “night gay or guy” she has a “day gay” as well. His name is “Eric” or “Derek,” and I guess he follows her around and gays out during the day, and then Simon gays with her during the night.

The real question here is what the sleeping arrangements are. To Simon’s credit, he did try to protest too much about Jill’s association between Alex’s night and day gays by repeating “Guy, guy, guuuuyy, guy,” over and over as if pleading with us all to believe him.

At this point, I do. I think Simon is just a flamboyant straight man. If he were gay, or bi, he’d no doubt be very open about it.