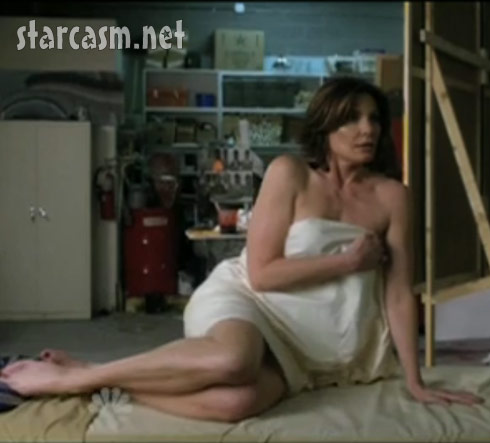 Well The Countess doesn’t get completely naked because it’s network TV and as we all know money can’t buy you class!  But our New York City Housewife got about as close as censors would let her in her cameo for a recent episode of Law & Order SVU.

The episode called “Bully” features The Countess as a nude model being mostly nude at an art gallery for an artist.  Detectives Benson and Stabler are inspecting said art gallery and said painter and they politely ask LuAnn’s character to leave so they can question the man who was trying in vain to convey the beauty that is de Lesseps nude.

Here’s the clip of LuAnn taking baby-steps in her new career as actress extraordinaire:

LuAnn’s sass shines through despite the brief briefless appearance:

“He’s all about the truth, you know … Don’t upset him and scrub his mojo.”

I’m, for one, am grateful that they called on the talents of LuAnn and not Danielle Staub for that scene.  That would have been a completely different situation!