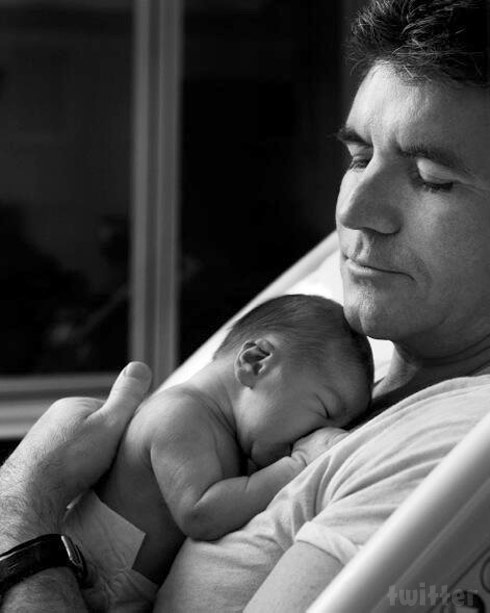 Simon Cowell’s girlfriend Lauren Silverman gave birth to their son Eric on Valentine’s Day and earlier today the proud pop took to Twitter to share the first photos of his two-day-old son!

The 54-year-old former American Idol and X Factor judge posted the photo above of himself and Eric and he was uncharacteristically humble when he wrote, “I never knew how much love and pride I would feel.”

Prior to that picture, Simon posted this next photo of just his son:

…. now you can see how very handsome little Eric is. pic.twitter.com/cF5fhaFXqR

And he also shared a family photo that included himself, son Eric and mom Lauren Silverman:

Could this bee the beginning of a new, kinder, gentler Simon Cowell?!? Either way, congratulations to Simon and Lauren!