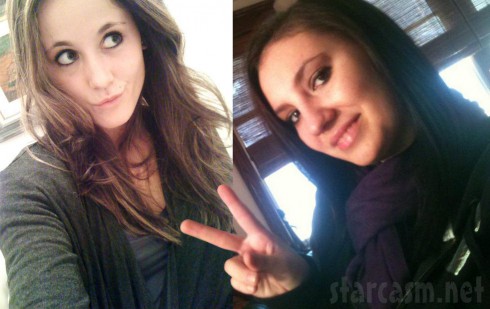 Fans who watched Season 4 of 16 & Pregnant know that of the four mothers chosen to participate in Teen Mom 3 Alexandria Sekella is the one most likely to tell you exactly what she’s thinking, and tell you loudly! So what happens when Alex’s outspoken personality clashes with that of the similarly boisterous Jenelle Evans from Teen Mom 2? The answer is an early 4th of July celebration in the form of Twitter fireworks!

The recent conflict started after Alex’s daughter Arabella (Bellie) was feeling ill and Alex tweeted about having to take her to the hospital. “Just spent the night in the ER waiting an hour on bellie script I’m cranky!!!” Alex wrote before iterating (and foreshadowing events to come) by adding, “Today I not a day to f*** with me.”

Jenelle makes a little extra coin (literally according to some) on the side with an account at the blogging/social media site Sulia, which essentially makes money by serving as a middle man for internet content, and then they share that revenue with folks who are able to generate high traffic through their links. (No, I have no idea how Sulia makes money in the first place.) Soon after Alex’s posting about her daughter, Jenelle shared this tweet with a link to her Sulia account, which had a link to a story about Alex’s tweet. (Keeping up with the Teen Moms online is a difficult process with multiple layers. Every tweet seems to generate right around three stories on average and 10-12 Sulia links. But I digress…) Here’s the tweet from Jenelle with the link:

OH NO! Alexandria Sekella Rushes Daughter to Hospital, Is She OK? http://sulia.com/…

Apparently Alex has had issues with Jenelle before about being linked to through Jenelle’s Sulia account, as evidenced by this Twitter exchange between Alex and Brittany DeJesus, the sister of her Teen Mom 3 cast mate Briana DeJesus on June 19:

Alex: @BrittDeJesus_ tell that botch how it is please!!!!!!

Alex: @BrittDeJesus_ I know she has 0 real friends n is fake as hell

So, given the combination of Alex’s disdain for Jenelle’s Suliaing their business and her crankiness from being at the hospital all night with her daughter Arabella, the situation was essentially a powder keg waiting to explode — and it did! Actually, things started off quite congenially:

Alex: @PBandJenelley_1 please leave myself and my daughter off your site thank you

Fan: she’s making money off it and won’t delete it even if you ask.

Alex: I’m not asking for her to delete it just to not put anything again I don’t want any real association with her other then our jobs with mtv

Fan: Her friends Kail Lowry asked Jenelle to not write about her but she keeps doing it. She doesn’t care bout ne1

Alex: but shes not gonna wanna start a fight with me

Fan: You already win. You are a good mom with custody living in the same state as ur kid and no heroin arrests

Not so bad right? Wait… what’s that sound? That’s the sound of the fuse burning!

[After the first line below I will refrain from using Alex’s name to preface her tweets, so if there is no name, it’s from Alex. Plus, I will exclude most of the Twitter handles included in the tweets, unless it is needed for context. Oh, and of course these tweets took place all over time in multiple Twitter conversations — I’ve tried to assemble them in the best order possible for readability. They are, for the most part, chronological starting on June 30.] 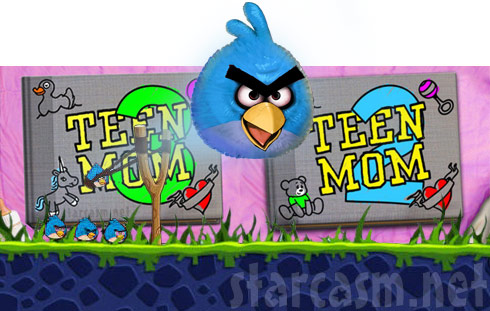 Alex: @PBandJenelley_1 seriously I’m pleased u think my story is going to get u more money but hop off my sh!t ur rights should be revoked

Fan: if you dont want her to put in her 2 cents dont make it public U asked opinions i seen the post

Fan: Not trying to be rude or anything but she isn’t the only one to write about you on Sulia.

Jenelle: girl, I don’t write any bad articles about any of u guys. Be the bigger person and shut the f*** up.

Jenelle: one thing about being on Teen Mom… We r all family. Yes I use to be a drug addict, at least I can admit my mistakes.

seriously I was 5 ft away u didn’t even acknowledge me say ur family sh!t for someone who actually believes u ur whole

Fan [to Jenelle]: don’t exploit her child just because u can’t exploit your own

that’s cause he’s in safe hands thankfully not hers

Danielle Cunningham [from 16 & Pregnant Season 3]: but you dont admit you mistakes jenelle. You lie about them, then get caught & go to jail.

Jenelle: get the f*** out of my life and worry about YOURS.

Danielle Cunningham: but you write about my life everyday.. I cant talk about yours?

of course not that would obstruct her TM family idea

Ashley Salazar [16 & Pregnant Season 2]: @PBandJenelley_1 that’s messed up. They need to mind their own

Jenelle: @ashleyslzr dude I kno…Just attacked me out of no where

Jenelle: u called me a drug addict and Said I did Sulia becuz I need money for drugs and alcohol ..

Fan: leave Alex alone, dude. She asked you not to write about her on Sulia& you just kept doing so.

Ashley Salazar: we can write about whomever we please. We are never cruel or mean. Just report based on other articles. And we don’t get to have a say if people write about us. It’s just facts

Jenelle: @ashleyslzr I have permission from the bosses lol that’s all I need

Ashley Salazar: now stop responding cuz we have no lives, yet THEY care? Sulia has nothing to do with our kids etc. so stupid.

Alex: @PBandJenelley_1 what nothing cat got ur tongue u can b a douche to everyone else but can’t say sh!t to me or is that cause u have nothing on me unlike u I do everything for my child stupid whore ur personality is more fake than ur boobs

Fan: @PBandJenelley_1 has 700Kfollows blowing up her mentions evry min.Could it be she didnt C ur tweeting when u askd nicely

Fan: at least you didn’t have to get dna test

Fan: so let me get this straight. because you ask nicely one time gives you the right to insult her and start stupid drama?

why not she does everyone else

Fan: regardless of anything else was said, the drug comment was a low blow and out of line.

Fan: your truth or her truth? Your truth on what she’s spending her money on or hers? Be better than that.

Fan: she didn’t actually, though her boyfriend did. And what does that have to do with drugs?

Fan: but to condone that?? She associates herself w/ the wrong ppl. Eventually she’s gonna get in trouble

Fan: oh absolutely. She makes plenty of bad decisions. But there’s still a line to draw when going off.

Fan: no it’s clear you’re not trying to be the bigger person. You can dislike someone classily.

Fan: being classy is not for her benefit, it’s for yours. Never let people drag you down to a level below you.

Fan: is it her fault you haven’t been sleeping?

of course not Dah lol

Fan: take it out on the right people lol not saying you’re wrong for being upset. You’re just better than what you said.

ya well I’m not pretty when I get thoroughly pissed

Fan: i wouldnt even waste my time arguing with people below you sweets

I refuse to pretend n I will not sugar coat a damn thing I will stay true to myself n what I stand for. Sucks if you don’t like it

oh dont worry i took care of it

Jenelle: hahahaha if I posted this SS u would’ve pissed but ok sweetheart

[There has been some speculation as to who “them” is in Alex’s last tweet — whether or not it is MTV or Sulia.]

Continuing with the Alex vs. Jenelle theme, Alex revealed a little bit about what viewers can expect in Teen Mom 3 Season 1 while taking a dig at the Teen Mom 2 girls (Jenelle specifically) at the same time:

none of us arrested none on drugs and lots of baby daddy drama it’s gonna be GREAT!!!! Haha

So there’s your Teen Mom 3 spoiler — none of them get arrested! (So much for adding to our Teen Mom mug shot collection.)