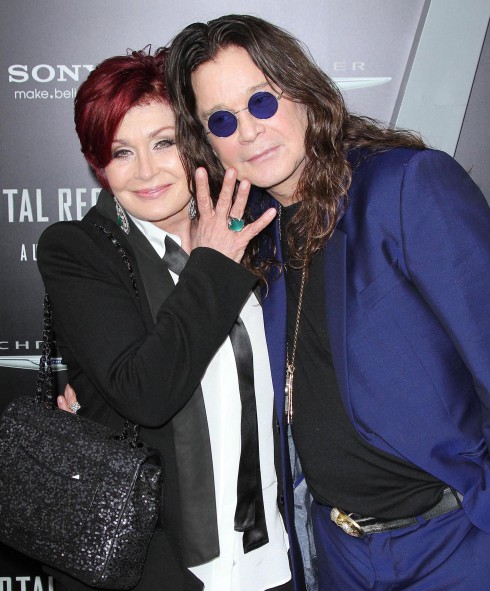 Over the weekend, reports surfaced that Ozzy Osbourne and his wife Sharon were living separately and on the verge of a split. Shortly after the news hit the web, the couple’s son Jack took to Twitter where he claimed it was all a bunch of “bullsh*t.” Unfortunately, Jack’s response wasn’t entirely correct. Ozzy and Sharon are going through what seems to be a rough patch and yesterday Ozzy addressed their main issue.

“For the last year and a half I have been drinking and taking drugs,” Ozzy explained last night on Facebook. “I was in a very dark place and was an a**hole to the people I love most, my family. However, I am happy to say that I am now 44 days sober.”

The ordeal surely put a strain on Ozzy’s marriage, but luckily he claims there are no plans to divorce. “Just to set the record straight, Sharon and I are not divorcing. I’m just trying to be a better person.” While Ozzy tries to be a better person, Sharon has been spending time south of the border. Just days ago, she was photographed at the Esperanza Resort in Cabo getting a foot massage, but she didn’t appear to be too relaxed. According to eyewitnesses, Sharon was talking on the phone and texting constantly.

In his Facebook post, Ozzy also issued a heartfelt apology to his wife of thirty years and other loved ones. “I would like to apologize to Sharon, my family, my friends and my band mates for my insane behavior during this period………and my fans.”

UPDATE – TMZ is reporting that Sharon has not given up on her husband, but she needs to be absolutely sure he is sober for the long haul.

Johnny Depp and Vanessa Paradis part ways after 14 years! Why did they say goodbye?