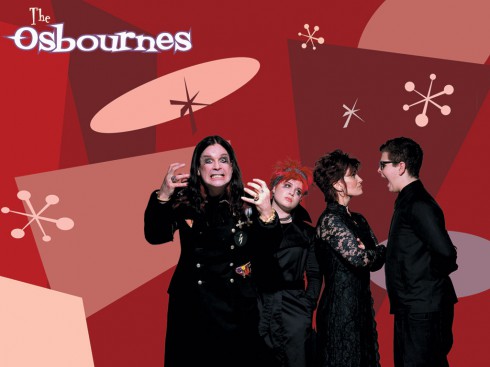 Two days ago, The Sun set the Internet abuzz when the British newspaper reported Ozzy, Sharon, Jack and Kelly Osbourne are in talks to revive their legendary MTV show.

Hype continued to build during the first few minutes of Tuesday’s The Talk when the ladies probed co-host Sharon Osbourne about the possibility.

“The British paper The Sun is reporting the entire Osbourne family will soon be shooting new episodes of The Osbournes, the groundbreaking reality show that ran on MTV from 2002 to 2005,” Julie Chen said as the audience broke into applause.

The cheers grew louder as Talk hosts Sara Gilbert and Sheryl Underwood then expressed their excitement with the return of the show… Could this actually happen?!

“Now, as you may recall, Mrs. O and her family quit the show at its height because of the toll it took on the family. But, The Sun is now reporting that Jack has confirmed plans for the revival of the series,” Julie added before asking Sharon Osbourne, “So, when can we can we start seeing these new episodes of The Osbournes?”

“You mean that fine paper The Sun made something up?,” Sara said, feigning shock.

Julie continued to probe the Osbourne matriarch: “Is it possible that Jack, your son Jack, may be doing his own version of The Osbournes with wife Lisa and baby Pearl, maybe?”

Nope, Sharon said. That’s also out of the question.

“As I say, I don’t regret it. We all got so much from it,” Sharon explained. “But, it takes a toll. I don’t know how people do it year after year. We couldn’t. You don’t have a life.”

Sorry about that bads news… But if it means keeping the family together, we can’t blame the Osbournes!

Jack Osbourne on MS diagnosis: “Adapt and overcome’ is my new motto.”