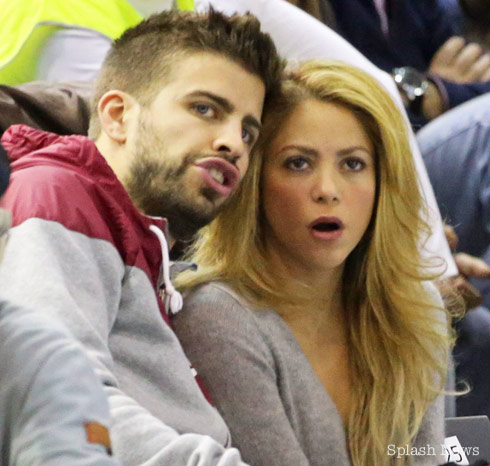 Shakira is a busy lady. The pop star has a new album looming, a recent super-hot music video with Rihanna, the responsibilities of being a mom to her son Milan and her gig on The Voice.

The 37-year-old singer sat down with Billboard for a cover feature story and discussed the balance she ‘s trying to maintain as she looks to continue her success in her career while building a family with boyfriend, and soccer star, Gerard Pique.

On releasing her first album in 4 years:

“It’s been two-and-a-half years of making songs, trashing them, doing them again, doing eight versions of each song, having a baby, doing The Voice, coming back to the studio, reconnecting with my songs.”

On balancing her professional and personal life:

“Sometimes I yearn to stay at home with Gerard and Milan. For so long I decided to have what I have now, this family, that it’s logical for me to feel divided. A part of me – well, all of me – wants to be with them all the time and be a housewife. But there’s another part of me that still wants to make music and that’s still pleased with success. I won’t deny it. I know it sometimes sounds almost immoral to admit you like success, but I like it — I like it.” 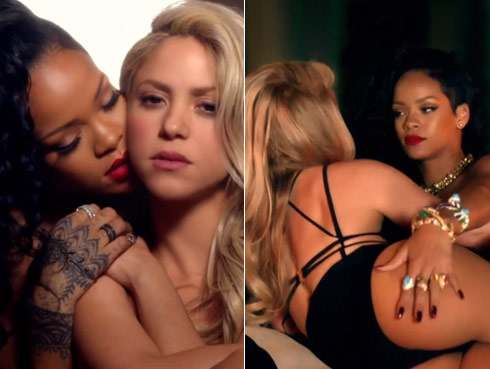 On asking permission from Gerard to film the video for “Can’t Remember to Forget You:”

“He’s very territorial, and since he no longer lets me do videos with men, well, I have to do them with women. It’s more than implied in our relationship that I can’t do videos like I used to. It’s out of the question – which I like, by the way. I like that he protects his turf and he values me, in a way that the only person that he would ever let graze my thigh would be Rihanna.”

On her passion for establishing schools to empower citizens from her native country of Colombia through educational opportunity:

“I was born and raised in Colombia, a country where there’s a huge gap between rich and poor and where being born into poverty maybe means being condemned to it. There are very few opportunities to rebel against that cruel destiny. I felt education is the great opportunity that makes us all equal, that levels the playing field.”

“To me that’s the transforming power of education, which I haven’t seen with anything else in my life. You have opportunities through music or soccer, but those are isolated cases. I may have a relative talent, but to survive in this industry, I’ve had to use my intelligence and my education. That’s been essential.”