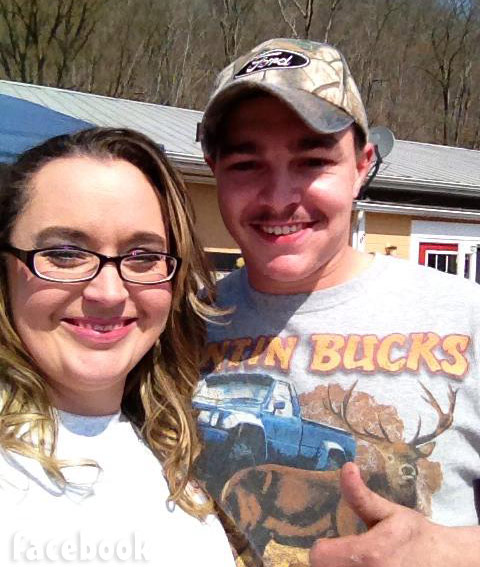 The entertainment world is mourning the loss of one of it’s youngest and most joyous stars today after the bodies of 21-year-old Buckwild star Shain Gandee and two other men were found in a truck in the woods of West Virginia this morning. While there haven’t been many details about what caused Shain’s death released yet, fans are now hearing more about Shain’s final days. Just hours before his Sunday morning disappearance, the Buckwild star traveled to Crown City, Ohio to support his cousin at the opening of her store.

“We had the grand opening with him, smiling, signing autographs, and just being his fun self,” Shain’s second cousin, and owner of Gandee’s General Store, Ashley Gandee Lewis (seen above with Shain on Saturday) told Radar Online. “We actually had people here from Texas, from Dayton, Ohio, from Pennsylvania. People drove hundreds of miles just to meet him because he was such a lovable guy.” 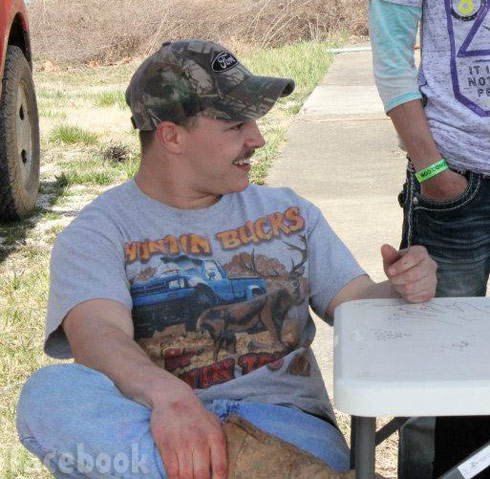 We had a great time today!! We really appreciate the 400-500 people who came out and supported us today!! We hope everyone comes back to see us!! Thanks Shain and all the Gandee’s who worked hard to make this possible! You are all appreciated! 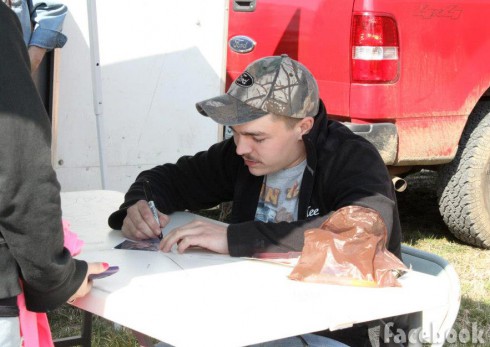 That was followed this morning with the reports of Shain being missing and eventually the tragic news that he had been found. Here are a few of the posts from the page, which I believe were written by Ashley:

As people know my cousin Shain has passed away along with my cousin Dale. Please be respectful of our family expecially Dale, Loretta, Shalena, and Bessie as this is a huge loss in their hearts. I did talk to Dale 40 mins ago and know this isnt a joke. I am heartbroken. For everyone who knew him and met him knew he was a kind sweet man and will be missed tremendously 🙁

I would like to set up a fund to help Dale and Loretta pay for a funeral arrangements. Please if anyone is interested let me know. you can go to Paypal and send it to gandeesgeneralstore@aol.com or mail it to 333 Wisteria Dr Crown City oh 45623 or please stop by the store. This is going to be a VERY tough and trying time so please be respectful to our family! Thanks!

I would like to ask everyone to please wear Camo or a Gandee shirt tomorrow in memory of Shain! I will keep everyone updated when I get the news.

We do not have conformation on how they died, I do know they had searched all night and they found them this morning in a blocked off area, I spoke with his dad and aunt and as soon as they find out more details they will call me and I will let the fans know! They did not know who the 3rd person as of 20 mins ago. Thank you for all the prayers!!

Family members say 27-year-old Robert Myers was the person who was found with Shain and David he was also from Sissonville! Please keep his family in your prayers also!

Although Shain had only been on one season of the show, he quickly become a fan favorite. He was funny and charismatic and loved by everyone on the show and the fans watching at home. He was always positive and always up for a good time — a true joy to be around.

We’ve done numerous posts about Buckwild, and I don’t think any of them were without some amount of praise for Shain. He was the heart as soul of the show — a dynamic, authentic and downright entertaining young man that really brought the rural West Virginia flavor to the show. 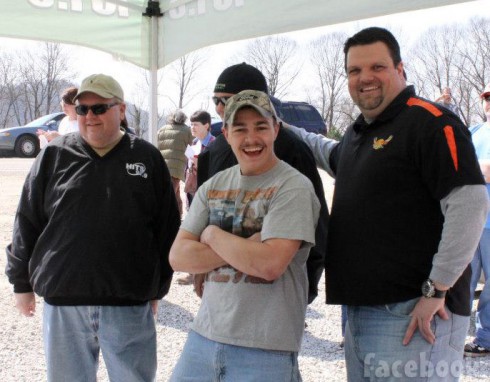 To get a small glimpse of the joyful rawness that was Shain Gandee, check out our post about his interview with Kill Your Radio in which he talks about how he got on the show and gives his reaction to West Virginia Senator Joe Manchin’s infamous letter to MTV asking that the show be canceled before it had even aired. (Sadly, the podcast is currently down — hopefully they will have it back up soon so you can hear Shain!)

“I’m completely devastated and I know that his entire family is too. It’s just totally unexpected,” Ashley tells Radar Online. Shain was found along with two other men, his uncle David Gandee, 48, and friend Robert Myers, 27, early this morning after a nearly 24 hour search by his family the day prior.

“I’ve talked to Shain’s dad, mom and aunt, and they’re not holding up well. They’re really taking it hard and just crying as any mother would, to find your son passed away so unexpectedly.” It truly is a heartbreaking time, and for a mother, a complete nightmare. Regardless of any details that will be released in the future, nothing can take away the loss that everyone is feeling.