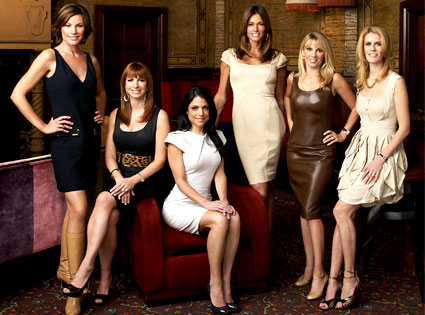 E! Online is reporting that there’s a bit of real drama swirling around the Real Housewives of New York. Bravo has apparently issued a casting call for two more housewives to replace the duo who may be leaving if Bravo doesn’t meet their high pay demands for the third season of the hit reality show.

Although Kelly Killoren Bensimon is the most villafied housewife she’ll be sticking around for at least another season. Kelly was the first sign on because she thinks she has a lot of great personality to show the people who believe she is a psychotic, narcissistic, pathological liar who runs in the middle of traffic for fun, and calls childhood arthritis “cute.” That’s fine by me because I secretly yearn to see the many layers of crazy she hasn’t had time to show us yet. Just be yourself baby.

Bethenny Frankel, the sharped tongued baker and burgeoning entrepreneur who’s finally found a real boyfriend, will be back as well. Bethenny’s book Naturally Thin skyrocketed on the New York Times bestseller list and her own personal brand and exploded since being on the show, so signing up for another season is probably nothing more than another swerd business decision.

Alex and her flamboyant wife Simon will be back for another run, and the newly single Countesss will be back. It should be fun to see the Countess enter the dating world again to research tips for her dating book that is probably in the works.

So that only leaves two darling little divas who demand more cash becauase they are the stars of the show! That’s right, Ramona Singer and Jill Zarin think they’re the important players and deserve to be compensated as such or they’re taking their reality skills away from the world forever, or at least until another network like A&E offers them a sweet deal for the Jill and Ramona Show, I mean the Ramona and Jill Show. Jill’s great and all, but her cute mug can’t compete with the power of Ramona’s eyes! Ramona’s eyes alone are worth about a quarter of a mil an episode, easy. Her eyes are very demanding, and Ramona actually lives in fear that her eyes will quit her if they don’t get the right compensation package. They can and will go make money on someone else’ face. Ka-dooz to them! 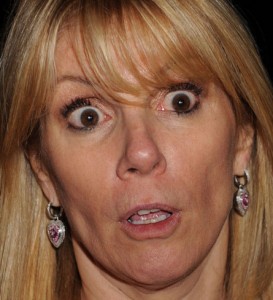