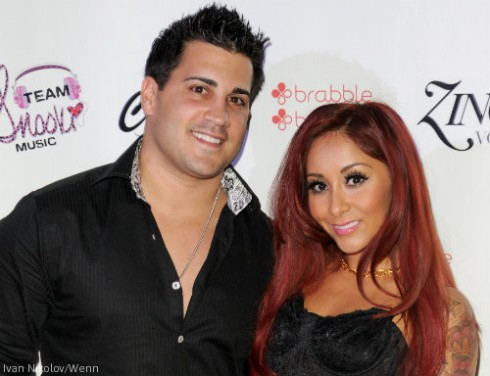 As the fallout from the Ashley Madison hack continues, the latest celebrity indicated in the scandal is Jionni LaValle, husband to Snooki. Us Weekly reports the married father-of-two uses an email address linked to an exposed Ashley Madison account.

Although Snooki and Jionni have not responded to the reports, other public figures named in the leak have used a variety of excuses to defend their actions: Josh Duggar was pretty straightforward. Christian vlogger Sam Rader said he paid for an account, but never had a physical affair. And, in the latest confession, Real Housewives of New York‘s Josh Taekman told E! News he “signed up for the site foolishly and ignorantly with a group of friends.”

Snooki reveals wedding plans! Will she be a pregnant bride?