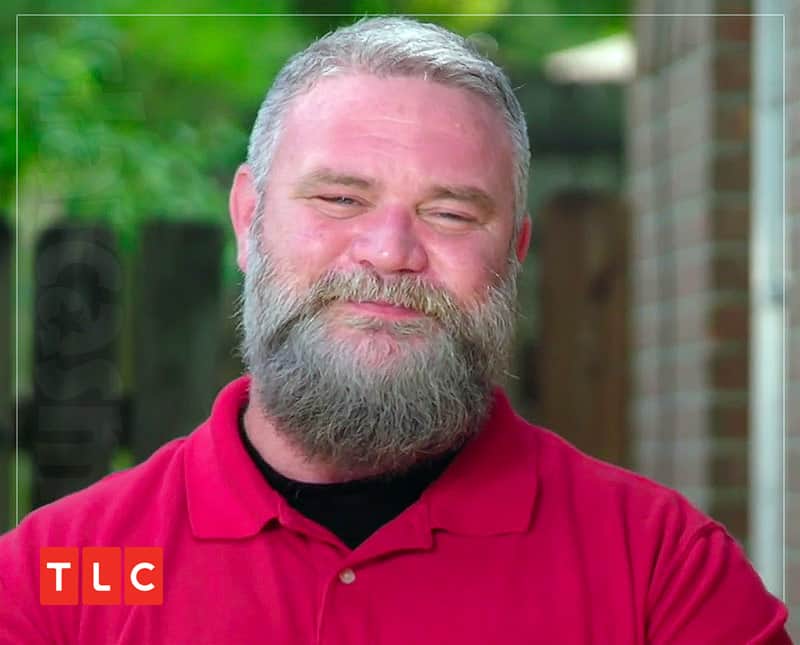 We have some updates on the passing of Seeking Sister Wife star Bernie McGee, who died on Saturday at the age of just 41.

Ott and Lee Funeral Home will be handling Bernie’s funeral service and interment. Their website posted Bernie’s obituary, which included times and dates for visitation, the funeral, and the burial:

Bernie Allen McGee, 41, passed away on Saturday, June 15, 2019, at St. Dominic Hospital in Jackson, MS. Funeral services will be 2pm Tuesday, June 18, 2019, at Ott & Lee Funeral Home in Brandon, MS. Visitation will be 6-9pm Monday at the funeral home and starting at 1pm on Tuesday. Interment will follow in Crossroads Cemetery in Pelahatchie, MS.

Bernie was born on July 15, 1977, to Johnny Ray McGee and Brenda Howard McGee. Bernie loved the outdoors especially camping, hiking and riding his bike. He never met a stranger and loved his family and friends very much. Bernie was full of life.

A GoFundMe campaign has been started by Ginny Marble, the wife of Bernie’s [Correction: Paige’s] first cousin, to help with the expenses. Here is the campaign’s description, which has a goal of $10,000:

Bernie and Paige McGee loved each other and their children unconditionally. Always helping others even though they were fighting their own battles. After losing everything to a house fire they were just beginning to get everything back together again.

Unfortunately they faced the worst sudden devastation that shocked many, Saturday June 15 Paige received a call from Bernie while he was riding his bicycle to let her know he wasn’t feeling well. Paige immediately went to get him but by the time she reached him EMS had to tell her what no wife and mother is ever prepared to hear. Bernie passed away due to heat stroke/heart attack. Leaving Paige and his two younger boys in shock, disbelief and terribly upset.

As most know, Bernie was the sole provider for the family and Paige teaches their children. She now has the burden of funeral cost, her house lease is up in a month, cost of living expenses and taking care of two young boys on her own. The last thing needed is the stress and worry of how she will take care of financial responsibilities.

Please keep this family in your prayers and help financially if you can, no donation is too small and will help a lot. Thank you for everyone’s help during this difficult time.

I do want to point out that I could find no official confirmation from Paige that she endorses the GoFundMe campaign. Obviously, she is going through an extremely difficult time right now, and it is completely understandable that she hasn’t been able to find time to post an endorsement.

UPDATE – Paige herself has since shared a link to the GoFundMe page.

Paige did take the time to clarify some erroneous reports being made in the wake of Bernie’s passing. “Dear tabloids… we were arrested for MISDEMEANOR phone harassment under the stalking act,” Paige wrote on Facebook. “Bernie and I both are looking at 1 year in jail each. Please verify your information. It’s easy to do.”

COMMENT: I was not fan of him but this is super sad. I think he really loved his boys and so sad right before Fathers Day ?

JOHN: He did, and he was a fantastic father. I would never have traded him for anything. We miss him so much.

JOHN [In response to a sarcastic comment about the stress from Bernie’s arrest and pending court date being the cause of his death as opposed to just poor health]: He died from a heatstroke-induced heart attack on a bike ride. Over the past few weeks, he’s had an increasingly more painful stress-induced migraine, so yes, stress helped quite a bit, and it’s basic knowledge that stress is deadly. He was at the gym everyday and did his best to eat right. Frankly, the doctors all said he was healthy. Please, if you can’t say anything good then don’t say anything; that was my dad and I don’t have him anymore. I loved him.

Here is a tweet with our previous post about Bernie’s passing in which Paige lashes out at her brother Patrick Marble for having her and her husband arrested and causing so much stress in Bernie’s life. The post also includes reactions from the McGees’ Seeking Sister Wife co-stars the Winder family and the Snowden family, as well as their potential sister wife Brandy:

Seeking Sister Wife spoiler: Do Dannielle and Garrick get divorced or not? Plus a DUI, bankruptcy, etc.