Is there nothing Scarlett Johansson won’t do to avoid having to star in a decent movie?!?! Her latest distraction is a marriage to Ryan Reynolds, which took place Saturday night at a resort in the boonies near Vancouver. 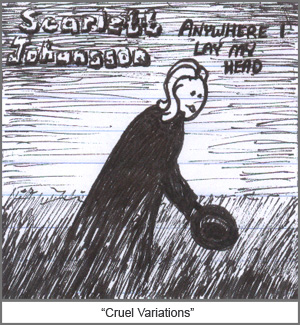 The wedding follows on the heels of Scarlett’s foray into music, the album “Anywhere I Lay My Head,” which features one original song and ten Tom Waits covers. A lot of critics have panned the album, claiming that Scarlett’s completely indistinctive and unimaginative interpretations neuter the rawness of Mr. Waits’ material, but not in a good way. They claim that this vasectomization of some of the ballsiest music ever recorded was an egotistical exercise that wasted the valuable time and efforts of some of the industry’s most talented musicians and producers.

We at starcasm.net completely disagree! We think Scarlett Johansson is HOT! Why should an attractive unqualified woman only be allowed to act, host a reality show, or be the Republican Party’s vice presidential nominee? 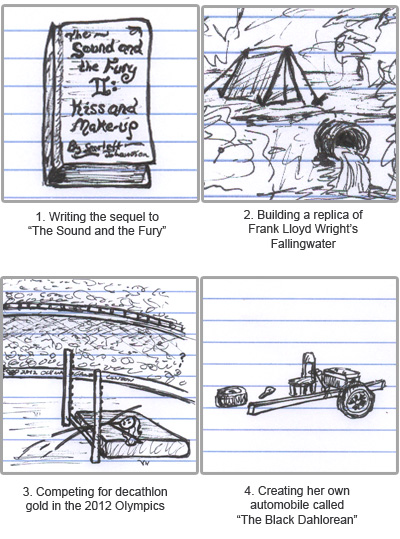 *******UPDATE 09/29/08 – We got a couple emails from folks confused about Scarlett’s album cover above. It’s a reference to one of Tom Waits’ (and history’s) best albums “Mule Variations.” (If you’re feeling brave and want to broaden your horizons and don’t mind if your music ain’t “pretty,” click on the thumbnail below and buy you a copy. You will not be disappointed, unlike buying “Anywhere I Lay My Head.”)