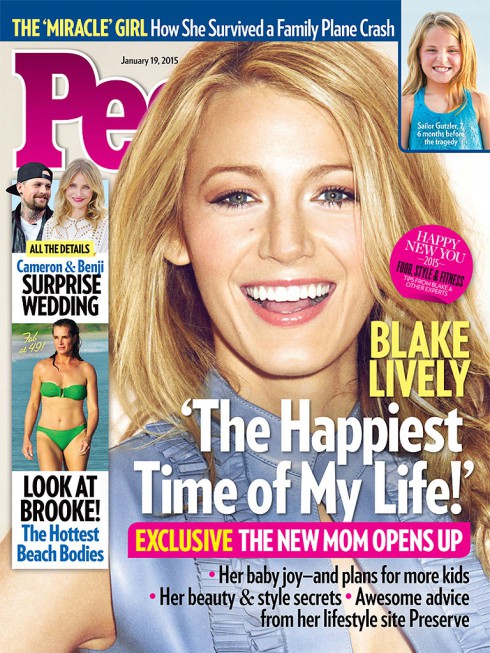 Blake Lively and Ryan Reynolds welcomed a baby girl in late December, People reported with a big cover story that featured quotes from the new mom. But, there’s something very fishy with the whole article…

The story, which doesn’t include the baby’s name and initially didn’t even confirm the sex, is set up to sound like a post-pregnancy interview with Blake.

“I don’t feel like it’s a massive change,” she said. “I do want to just enjoy this moment. But I also feel like my first child is going to be the oldest sibling to the next kid, and that may change with each and every year.”

However, when pressed, a People spokesperson admitted the interview was conducted before Blake and Ryan welcomed their bundle of joy. (I wonder if she still doesn’t think it’s a “massive change.”)

“We interviewed Blake recently and updated our story to include her happy news,” People said, according to The Washington Post. The spokesperson added of why there weren’t more baby-specific details, “At the time of the interview the information wasn’t available and still isn’t.”

Washington Post speculates the whole ordeal signals the end of traditional baby announcement exclusives in magazines, which have been fading in popularity as more and more celebrities opt to announce the news on their own terms. I predict that will be the case for Blake, who will probably share the name, details and first pictures on her own website, Preserve.

Kevin Jonas went and made another baby