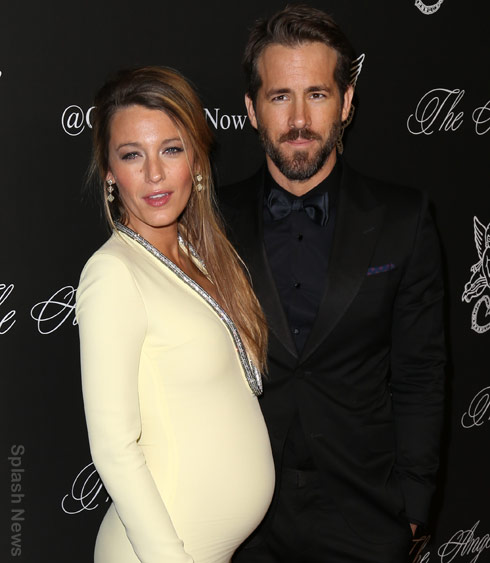 USA Today chatted up Ryan Reynolds yesterday about his new horror-comedy The Voices and managed to sneak in a question about the name of he and wife Blake Lively’s now 6-week-old daughter.

Reports circulated that the baby girl’s name was Violet but the star who jokingly referred to himself as the “sleep-deprived, bloodless ghost of Ryan Reynolds” shot that down:

“No that’s not the name. I don’t want to get into that but I don’t know where that came from.”

People Magazine’s former sexiest man alive (you can see all the winners here) went on to provide details about his new-parent exhaustion:

“It’s still so new that it’s hard to conceive being away for more than seven hours at a time. I had to go to Sundance this last week. I was more excited to get a good night’s sleep. It was borderline pornographic for me.”

Back in October the proud poppa joked, “I don’t want a name that’s anything pretentious or, like, Hollywood-y. So I’m going with Excalibur Anaconda Reynolds… that’s if it’s a girl.”