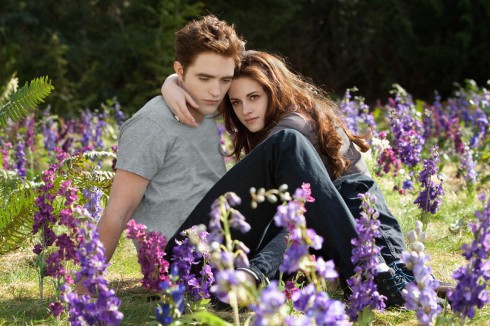 Chalk another one up for “good guy” Robert Pattinson, who is reportedly vowing to be in attendance along with his ex, and co-star, Kristen Stewart at the Twilight: Breaking Dawn Part 2 premiere in November.

A source tells the Sun, “He’s told movie bosses he’ll walk the red carpet to save her from embarrassment and any female fans booing her. He is being professional and taking the higher moral ground.”

If Pattinson follows through on his promise and Kristen Stewart doesn’t bail on him (again), the premiere could be the most watched in history! We might even see live coverage on E!

In case you missed it, Robert Pattinson and girlfriend Kristen Stewart ended their off-screen romance after she was caught on camera kissing and otherwise being intimate with Snow White and the Huntsman director Rupert Sanders.