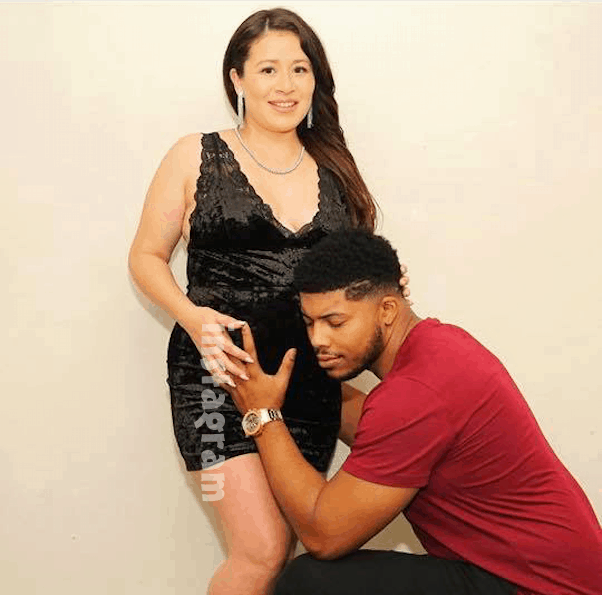 Congratulations to Love & Listings star Jacob Knight, who just got two pieces of great news! The first is that Love & Listings Season 2 has been confirmed by VH1, and filming’s underway — and the second is the birth of Jacob Knight’s daughter! The son of imprisoned Death Row Records mogul Suge Knight became a father earlier this week, and, according to early reports, both mother and baby are doing fine.

Jacob, the centerpiece of Love & Listings‘ loose ensemble cast, has been keeping things on the super DL with his baby mama for the past few months. When Love & Listings premiered this past September, Jacob had a few mentions of his partner on his social media pages. The most notable of these was some footage from the gender reveal party at which the parents-to-be revealed that it was Jacob Knight’s daughter who would soon be born.

But just a few weeks ago, Jacob got into a nasty feud with some of his Instagram followers after they reacted to photos of Jacob’s baby mama with derisive and degrading comments. After that, he scrubbed all personal photos from his IG feed, and his still-unidentified partner made her own Instagram page private.

News of Jacob’s daughter’s successful birth was first reported by The Blast. Per their article, “cameras were rolling while family members arrived at the Los Angeles hospital where the baby was born.” (It wasn’t just phones doing the recording: Auntie Diamond, a family friend of Jacob’s, appeared to confirm that she’s been added to the cast for Love & Listings Season 2, which is already filming.)

“First and foremost,” Auntie Diamond told The Blast, “I would like to say congratulations to my to dear nephew Lil Suge Knight, a new addition has been born. It’s a baby girl, the last name of course will be Knight.”

Diamond also suggested that while Jacob Knight’s daughter does have a name, we shouldn’t expect to find out what it is anytime soon. “My nephew Sugie will reveal to the world his daughter’s new name soon,” she said, “but [for now] he’s keeping it family-oriented.”

Strangely enough, Diamond is the *only* member of Jacob’s real-life or TV family to even mention his baby girl’s birth. Jacob hasn’t posted anything about it on his social media pages; his mother, Stormey Ramdhan, has likewise been completely silent. And the rest of the Love & Listings cast has yet to say anything about either Jacob Knight’s daughter or Love & Listings‘ second season. Gag orders from the network and humble requests about personal news from fellow cast members are pretty common…but, then, so are violations of those requests. (Not that we’re imploring anyone else to share details; it’s just strange for so many people to stay silent for so long.)

So — until we find out more about either story, congratulations to Jacob and his partner on the birth of his daughter! And congrats on the Love & Listings cast on getting a new season! If VH1 follows the precedent it set with Season 1, we should be getting new episodes starting in late summer 2020.

Is The Curse of Civil War Gold complete BS, or just really fun?