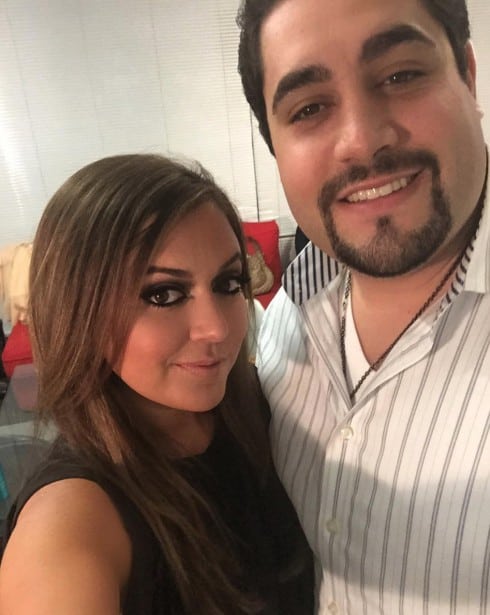 The Real Housewives of New Jersey alum Lauren Manzo Scalia happily announced she is pregnant with her first child. “We had been trying to get pregnant for a while,” she told People. “As soon as we stopped placing so much pressure on ourselves, it actually happened.”

Lauren and Vito became engaged in the fall of 2013 and got married last summer.

The baby is due early next year, and the couple is anxious to find out if it’s a boy or girl. “We do plan to find out the sex, and I’m team ‘girl’ while Vito is team ‘boy!'” she said.

The rest of Lauren’s family joined in on congratulating the soon-to-be parents.

My beautiful little girl is going to be a mommy. Congratulations @laurenmanzo & @vitoscalia3 we are over the moon with happiness for you both! ❤️???❤️

I am absolutely horrible at keeping secrets so you can imagine how happy I am to finally be able to say @laurenmanzo is pregnant!!!! I am so happy for you both and excited for what's to come. Love you guys!!!!

I'm so excited to have @USANAinc by my side throughout my pregnancy! Excellent prenatal supplements are tough to find and USANA's go above and beyond in terms of quality. #USANAlifestyle #sp

Don’t forget to catch new episodes of Manzo’d With Children when it airs on Sundays at 9/8c on Bravo.