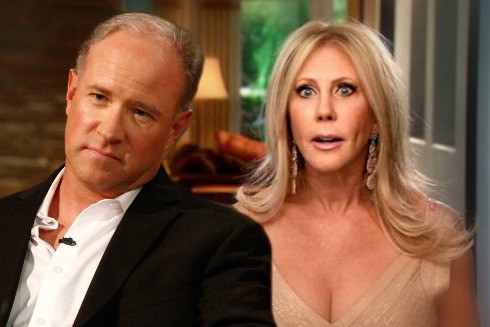 All season long, Brooks maintained that his illness is real, and Vicki stuck by his side. Now, it looks as though the OC OG may be changing her tune.

According to The Real Mr. Housewife, things came to a head last week at the reunion. An exclusive source revealed:

After the reunion, Vicki’s outlook on Brooks has completely changed. She went into the reunion believing Brooks 100% but after seeing and hearing things from the women, Vicki doesn’t believe Brooks at all. In fact, she thinks his cancer was faked and she no longer believes anything he told her.

What happened to make Vicki change her mind? She recently shared some juicy details about the reunion as well as her current status with Brooks.

Vicki says she was “disappointed in all the girls” during the taping: “They wanted me to admit something that wasn’t the truth and I wasn’t going to. You’ll find out.” 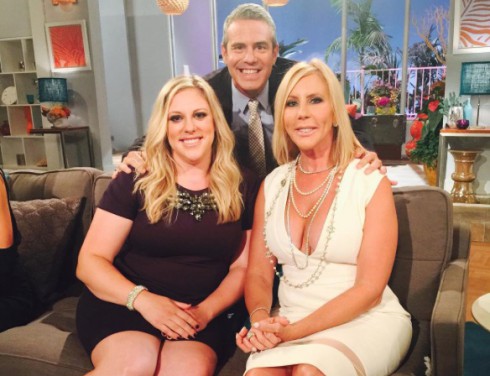 ^Vicki with daughter Briana and Andy at the season 10 reunion

As far as Brooks goes, they are broken up for good.

“I am done with Brooks. 100%. I’ll never be back with Brooks. We were unequally yoked on many levels. We looked at our futures and realized we were good for right now, but not for a lifetime. We haven’t talked for a long time,” Gunvalson admitted.

Vicki confirmed a rumor that surfaced this week; namely, that Brooks had a sit-down interview with Andy Cohen. Apparently, that is true. Stay tuned for more…

Finally, speculation began last month that season 10 would be Vicki’s last. She later denied any plans to leave the show, but revealed a juicy nugget: she’s working on her own spin-off!

“I will get my own show,” Vicki said. “I’m working with Evolution (the production company that produces the RHOC) on some development deals right now.”

Be sure to catch new episodes of The Real Housewives of Orange County when they air on Mondays at 9/8c on Bravo.