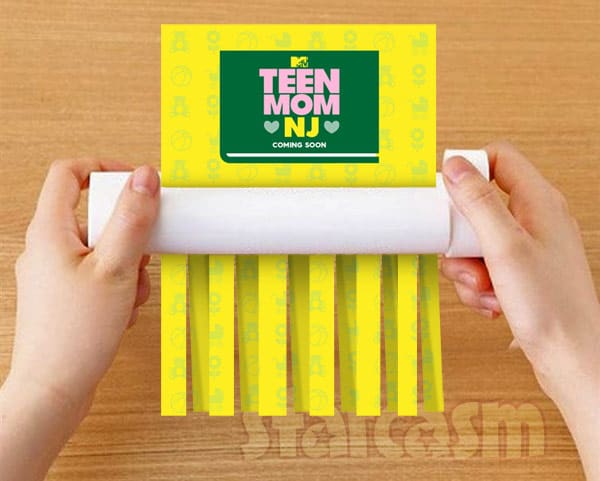 After months of speculation, MTV confirmed back on September 1 that they planned on launching a brand new Garden State-themed addition to their hugely popular mama drama franchise with Teen Mom New Jersey. But it seems that although the young Jersey moms were able to deliver babies, they weren’t able to deliver the drama: the network has reportedly halted production on the show, and has no plans to air it.

The news comes via The Ashley’s Reality Roundup, whose source tells her the cast members were recently informed their hopes of becoming MTV reality stars had been dashed via telephone. “Last weekend the girls on the show got calls basically informing them that the show isn’t going to air,” the source told The Ashley. The source added that the cast members weren’t given any explanation outside of a generic “We’re moving in a different direction” sort of spiel.

There has been no official announcement from MTV, and I couldn’t find any mention of the cancellation on the cast members’ social media pages. I assume that MTV will have to say something at some point, after promoting the new series as part of their “Upcoming” teaser video: 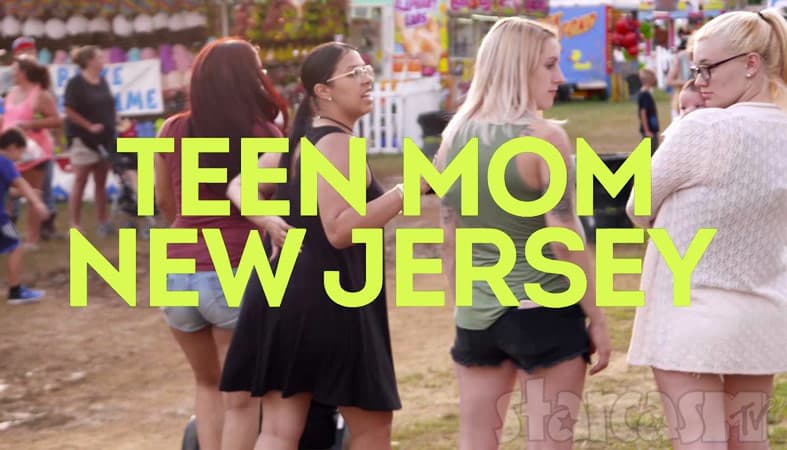 The Ashley cannot confirm that the show might not be revived in some capacity in the future — whether for another network or streaming service or whatever. But things don’t look good: “As of right now…The Ashley is hearing that it’s trashcanned.”

Just as nature abhors a vacuum, bloggers abhor silence, so I’m going to fill the silence with my own personal theory about the cancellation. The Teen Mom NJ concept was a new one for MTV, as it mashed up 16 and Pregnant with Teen Mom. The show also would have featured people who’d never been on camera before, which is always a risk. That risk is mitigated when it’s taken for a one-hour episode, like 16 and Pregnant, but committing to an entire season was a big gamble.

If you took any season of 16 and Pregnant, put the names of all the moms into a hat, and then drew out four for a Teen Mom show, I don’t think MTV–or viewers–would like the odds of the resulting show being very good. So you might think of 16 and Pregnant as the Teen Mom minor leagues. MTV can use it to gauge how people come across on screen and how well viewers respond to them before committing and calling them up to the bigs.

OK–producers took a risk with a group of young moms living in proximity, and it maybe didn’t turn out so well. But, after all the time and effort, it’s still worth giving the show a shot, because viewers are hungry for new teenage mom stories, right? Enter: TLC.

TLC essentially took the wind right out of the Teen Mom NJ sails by going with a VERY similar concept for their new reality show Unexpected. Their show features three teen moms viewers have not met before, presented together over multiple episodes. And, judging from the first episode, it’s really good! If Teen Mom NJ was a bit boring, then I fully understand MTV completely bailing after watching Unexpected.

Also, in case you were unaware, one of the producers of Unexpected is Heather Walsh, who got a lot of screen time as a producer on Teen Mom working with the likes of Farrah Abraham and Amber Portwood. I’m guessing she probably deserves a lot of credit for Unexpected being as good as it is. Granted, whether a reality show is successful or not relies heavily on the cast members, but editing and production play a HUGE part in telling a story. Plus, Heather’s experience working with some of the most dramatic reality stars on the planet may have given her a keen eye for what kind of mom to look for and/or what kinds of scenes to film.

Either way, let’s all have a moment of silence for Teen Mom NJ — in addition to all of the Real Housewives-esque state- and city-themed Teen Mom shows that will never happen now…

I’ll let New Jersey’s own Bruce Springsteen sing us home with his take on the current relationship between the moms of TMNJ and MTV: