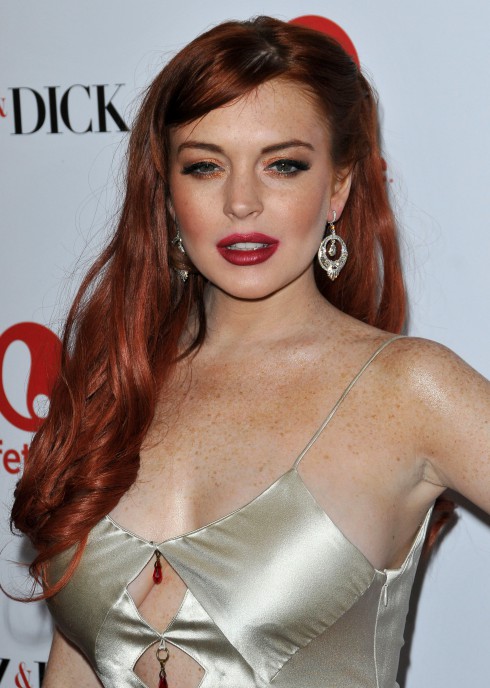 Lindsay Lohan is ready to get her life on track (again) following a stream of unfortunate events which landed her in court, and she’s also got a rumored new romance. Earlier this week, Lindsay plead no contest to reckless driving and other charges and was ordered to serve 90 days in a locked rehab facility. Before all that, Lindsay struck up a romance with nightclub promoter and musician Avi Snow.

A source tells E! News that Lindsay and Avi, who is a guitarist for the indie band City of the Sun, are in the “early stages” of dating. Avi was reportedly aboard the Mr. Pink (an energy drink company Lindsay is partnered with) sponsored private jet that flew Lindsay to L.A. in the wee hours of the morning after she missed her flight from New York. 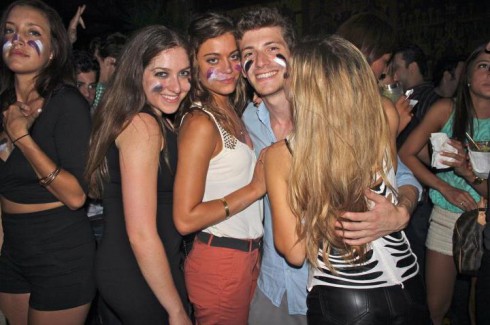 ^Avi Snow hangs with some ladies at a nightclub

Following Lindsay’s latest mug shot on Tuesday, she accompanied Avi to his band’s gig at 41 Ocean, a private nightclub in Santa Monica.

Despite his seemingly wild ways, there’s more to Avi than music and partying.

“Avi’s not a [reckless] party animal, he works in that industry, sure, but he’s got a good head on his shoulders,” a source tells The Sun. “He’s from a solid background and doesn’t get involved with the drugs scene, he doesn’t even drink much… basically, he knows who is and likes control, he could help Lindsay.”

Although Lindsay and Avi seem to be enjoying each other’s company, a second E! News source says that the two are just friends and not romantically involved.