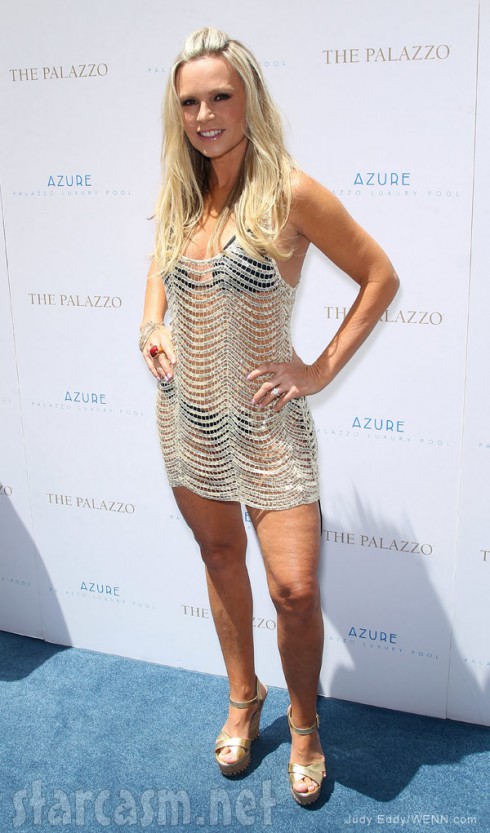 The Real Housewives of Orange County‘s Tamra Barney and fiance Eddie Judge are getting married soon (still no official date!) and were in Las Vegas this weekend to celebrate their bachelor and bachelorette parties at The Palazzo where they also hosted a public bash at the resort’s Azure pool earlier today. The couple looked exactly like you would imagine two people who just opened a gym would look: cut and fit! 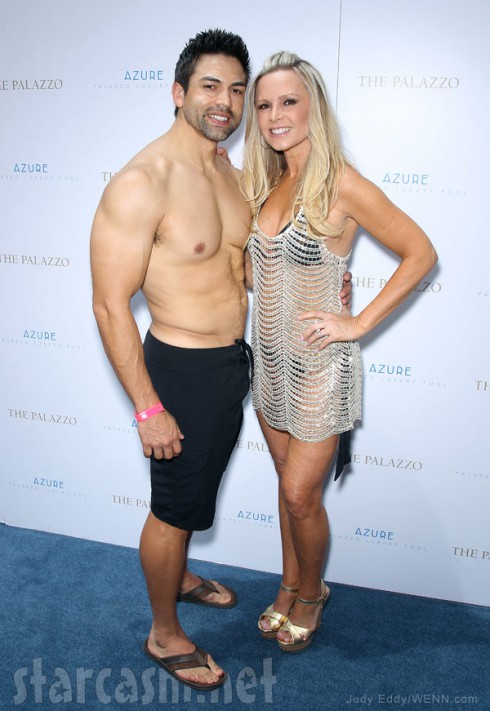 Eddie Judge showed off what looks to be a much larger upper body by going shirtless, while Tamra Barney wore a teeny tiny bikini with the addition of a semi-see-thru metallic pullover tank that looked great, but was disappointing to those of us red-blooded American male members of the Tamra Barney fan club 😉

Prior to making the trip to Las Vegas, Tamra actually went on a 5-day Nekter Juice Bar cleanse and shared this next photo of the results along with the tweet, “Finished my 5 day @NekterJuiceBar fast/cleanse. Feeling lean…but its time for this housewife to eat!!!!!” 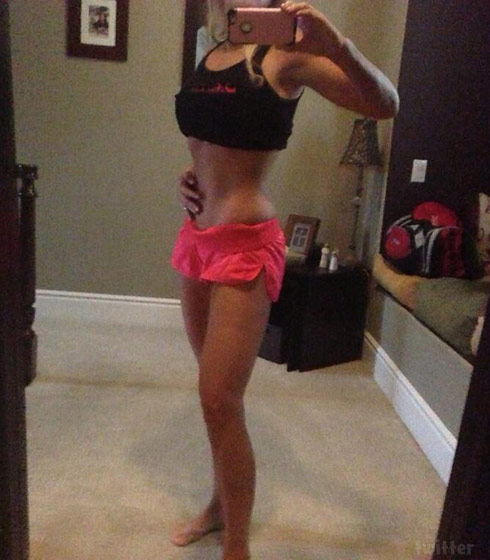 Because she was in Vegas celebrating her bachelorette party, Tamra brought along some gal pals, including RHOC co-star and reported bridesmaid Heather Dubrow as well as comedy writer/comedian (and starcasm fave) Heather McDonald: 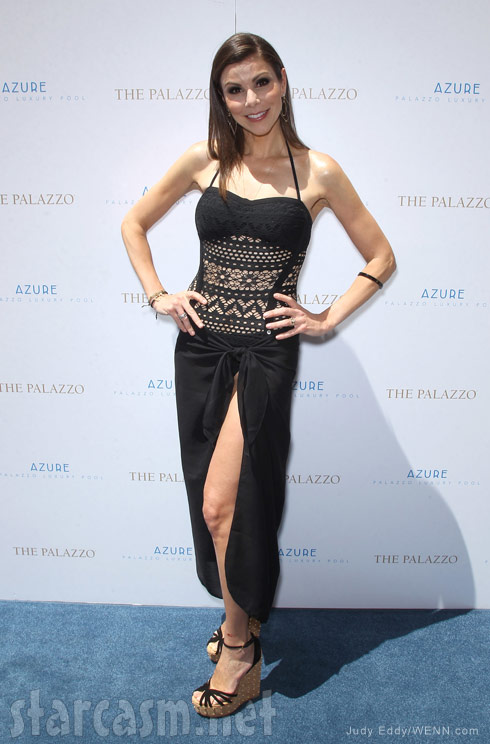 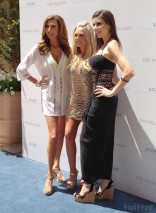 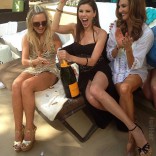 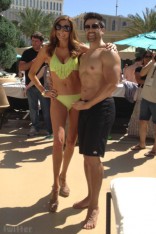 The pool party looked to get a little wild later as you can see in this next photo, in which Eddie Judge can be seen spraying the crowd with Champagne! Or is that a bubbly selection from Wine by Wives? 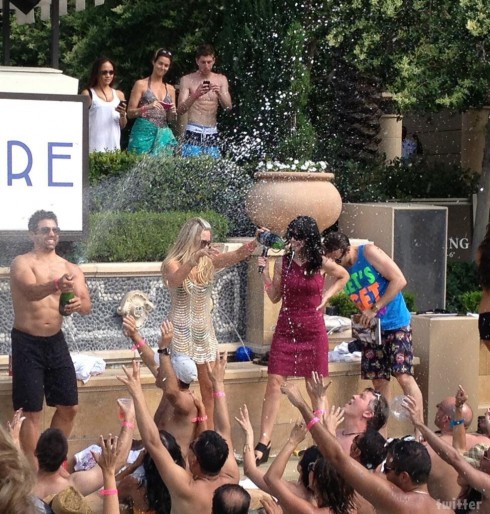 And just in case you were wondering, yes the Bravo cameras were present at the festivities. Keith Salwoski, the Executive Director of Public Relations at The Palazzo, tweeted this next photo along with the caption, “4 Bravo cameras surround cabana at @AzureVegas. @TamraBarney is in da house!” 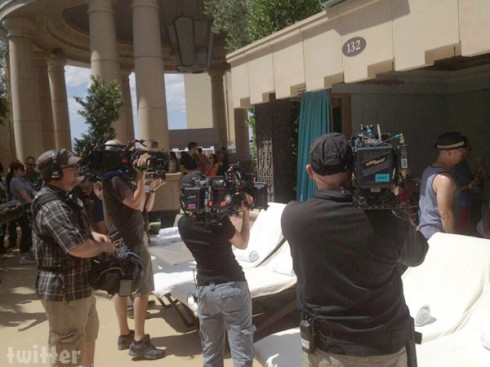 But before RHOC fans get too excited I should point out that there are reports that Tamra Barney will be getting her own wedding special and/or spin-off and that the party this weekend was filmed for that and will not be included on The Real Housewives of Orange County Season 8 (or 9 for that matter). From Wetpaint:

While Tamra and the network have kept mum as to whether or not her nuptials will be part of a wedding spinoff, we’re hearing the wedding will definitely air separately from RHOC.

But enough of all that! Let’s get back to what we came for… Tamra Barney looking damn happy and damn fine with her damn hunky fiance Eddie Judge! 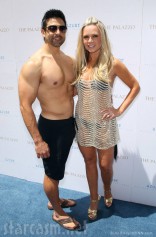 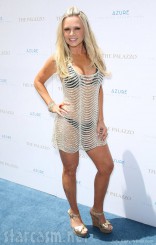 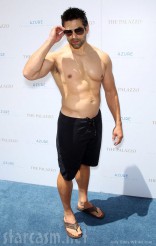 And one last loooooooong look at Tamra 🙂

Mariah Carey shows off her patriotism (and her curves)