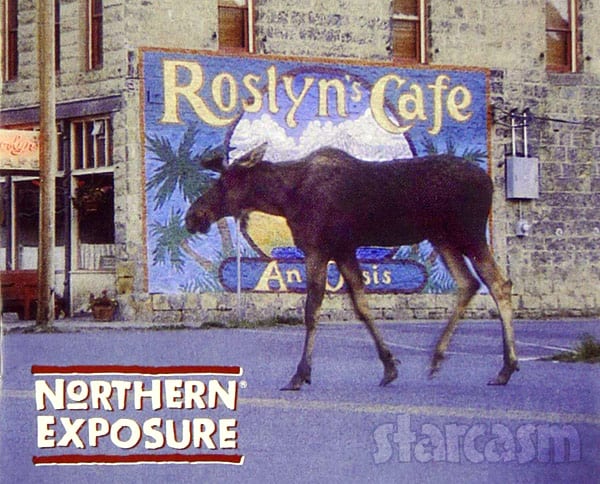 One of the most critically acclaimed and beloved shows in the history of network television is coming back! CBS is reportedly moving ahead with a Northern Exposure revival with original show star James Morrow as well as series co-creators Josh Brand and John Falsey.

The news comes from Deadline, who reports that Rob Morrow will not only be reprising his role as Dr. Joel Fleischman, but he will also executive produce the project. Josh Brand will handle the writing duties on the revival, with a list of producers that includes Falsey, “Chris In The Morning” actor John Corbett, and Propagate Content CEO Ben Silverman (The Office, Jane the Virgin, Ugly Betty).

The plot of the reboot will focus on Dr. Fleischman, “who returns to Cicely, Alaska, for the funeral of an old friend and finds a new set of quirky characters and reunites with old ones in this continuation of the classic series.”

Northern Exposure aired on CBS for six seasons and 110 episodes from 1990 to 1995. The show received a total of 57 award nominations during its five-year run and won 27, including the 1992 Primetime Emmy Award for Outstanding Drama Series, two additional Primetime Emmy Awards, four Creative Arts Emmy Awards, and two Golden Globes.

A Northern Exposure revival should not come as a complete shock to the show’s dedicated fan base as co-creator Josh Brand hinted at the possibility in 2017 when some of the cast and crew reunited at the ATX Television Festival in Austin. “We would love it,” he said if a potential return of the series. “[Rob Morrow] has been working, trying to get them to do it… I’m sure we all would agree that we’d love to see it.”

Whenever I’m pressed to name my favorite television show ever, I pretty much always have to go with Northern Exposure. They took a pretty familiar and main stream character (a Jewish medical school graduate from New York) and tossed him into a rural Alaskan melting pot of incredibly eccentric characters — all of which had amazing depth and humanity to them thanks in large part to such a marvelous and diverse cast. Then they unified this seemingly disparate aggregate into a masterful dish with amazing writing (including the narrative of Chris In The Morning permeating the entire tundrasphere via radio waves), a stunning natural backdrop, and an unrivaled knack for song selection. (I had to Google it while writing this article to make sure Hollywood’s unsung hero, music supervisor Randall Poster, didn’t work on Northern Exposure — which he apparently did not.)

Take all of the ingredients I mentioned above, throw in a pinch of the supernatural, a tablespoon of absurdity, three cups of mortality, and 375 pounds of heart — and the end result is truly something special and entirely unique. It is just a wonderful show — and I mean that in a broad sense, and in a very literal and specific sense in that wonder is such a key element throughout.

As a prime example of the unifying power of wonder (and pretty much all of the ingredients listed above), I will include the infamous “Fling” scene featuring Chris and the folks of Cicely Alaska as they are all brought together bye the awe-inspiring absurdity of seeing a ***SPOILER*** hurled through the air by a massive trebuchet. And after that two-part scene, I will also include the panel discussion with the cast and crew from the 2017 ATX Television Festival:

Deadline did not reveal any sort of timeline estimate for the Northern Exposure revival premiere, but stay tuned!

Why is MTV in black and white today?