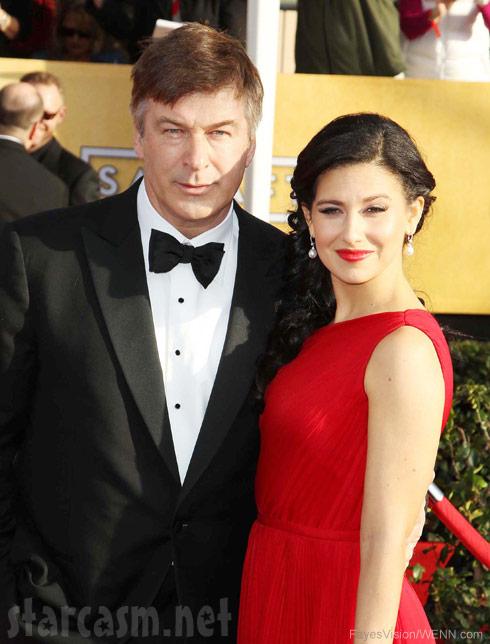 UPDATE: Hilaria confirmed that she’s pregnant to Extra: “We’re having a baby! It was a surprise, a wonderful surprise.”

Get ready Earth because there is about to be another Baldwin on you! 30 Rock star Alec Baldwin and his wife Hilaria Baldwin are reportedly expecting their first child together!

“Hilaria has told only really close friends and family she is pregnant, only a close circle she trusts,” a good friend of Hilaria’s tells In Touch.

Alec has been open about the possibility of having more children. In his appearance on Piers Morgan Tonight exactly a year ago, he answered Piers question, “Have you thought about any little Alec Baldwins? by saying:

Would I like to have more kids? Oh sure, that would be great. That would be heaven. That would be fantastic. I mean, I would be — as my friends said to me, when you have children, typically in a second marriage, when you’re older and you get married again to a woman who would have children, you must always remember that you make sure they attend a college where the commencement ceremonies are held in a facility with a wheelchair accessible ramp.

Hilaria and Alec were recently in Los Angeles for the Screen Actors Guild Awards, at which Alec took home the coveted Best Actor in a Comedy bling. During their time there Hilaria made an appearance on Extra and even showed off her dance moves (below) in an attempt to mimic Super Bowler Ray Lewis’s famous jig. But she said nothing about having a bun in the oven. 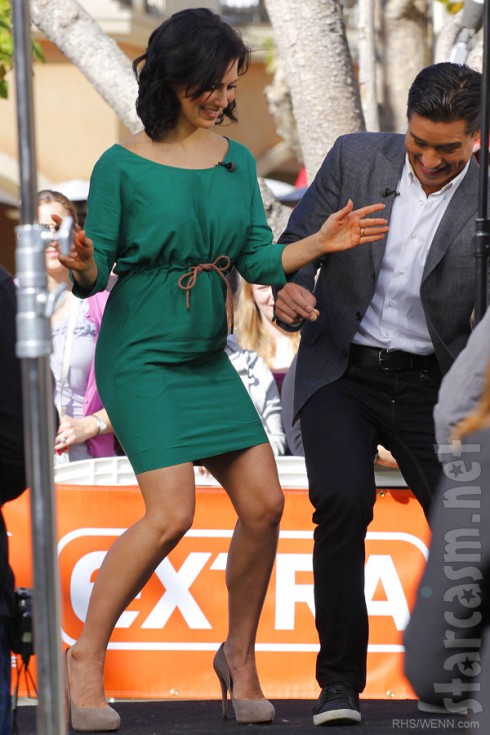 “[Hilaria] has not said much to anyone as far as how far along she is,” the In Touch insider says. “She is so healthy and a yoga freak, so everyone could tell right away something was different.”

And how are Hilaria and Alec taking the news? “They are both so excited and Alec is so in love with her,” Hilaria’s friend gushes.

When asked for her opinion on the pregnancy announcement, TGS writer (and desperate parent-to-be) Liz Lemon issued this statement: