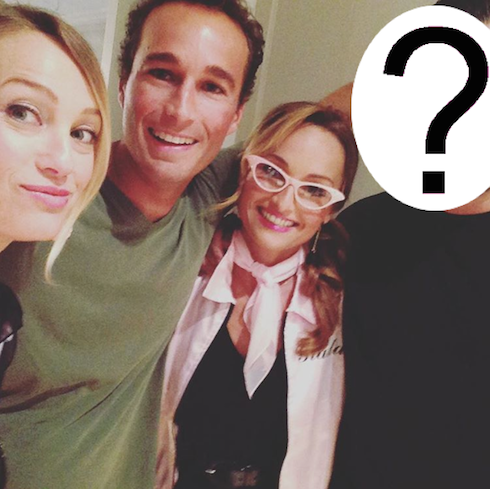 The topic of Giada de Laurentiis’ boyfriend has been red hot since well before her divorce from ex-husband Todd Thompson was final. She’s long been linked with fellow celebrity chef Bobby Flay; the pair were rumored to be an item while both were still married, and some of the more salacious rumors regarding Bobby Flay’s affairs involved his potential role as a Giada de Laurentiis boyfriend.

Recently, though, a mystery man entered the picture, his identity shrouded in secret aside from a couple of quick public encounters. Over the summer, several outlets reported spotting Giada with the unidentified man at New York sushi hot spot Nobu. The reports all agreed that the fellow was definitely not Bobby Flay–and that the couple had such a good time together that they either closed the place down, drove all the other diners inside from the patio, or both. 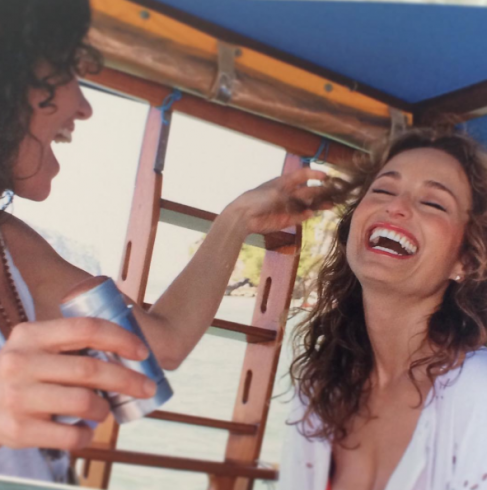 Now that Giada’s single again, she’s begun dating, something she admitted for the first time last week, during a guest spot on The Wendy Williams Show. When pressed for the identity of her boyfriend, though, Giada remained coy. Many observers thus assumed that the Giada de Laurentiis-Bobby Flay dating rumors were true–but it looks like there could be someone else in the picture.

Giada’s sister Eloisa de Laurentiis recently shared several Halloween shots via Instagram, tagging many of them with the hashtag #family. One post in particular is raising eyebrows–the shot contains the hashtag #new followed by #family, and features both Eloisa and Giada…and, with his arm around Giada, a mystery man indeed:

Elsewhere in the Instagram feed, the same man appears in a shot with Eloisa’s son:

Eloisa appears to take Halloween very seriously, which is one of the reasons this year’s images are causing a stir. By way of comparison, consider the photos from Halloween 2014, which she also shared on Instagram, and also tagged with #family. Those shots featured then-married Giada and Todd:

Who is the potential Giada de Laurentiis boyfriend? It turns out that his name is Shane Farley, and he and Giada have an extensive professional history together. Farley is a television producer with a long list of credits to his name.

In particular, he produced two shows on which Giada was a guest more than once: The Rachael Ray Show, which Farley produced from 2006-2011, featured Giada in a 2011 episode (she’s been on five times since). More recently, Giada was a two-time guest on Big Morning Buzz Live with Nick Lachey in 2013, smack in the middle of Farley’s tenure on the show.

And, of particular interest to the rumor mill, is the fact that back in the summer of 2012, Farley was slated to produce a CBS daytime talk show featuring Giada as one co-host…and Bobby Flay as the other. That show was axed, though, after filming a pilot.

Of course, if Giada and Shane are dating, the relationship is bi-coastal. According to Farley’s Twitter profile, he both lives and works in New York City–home of the Food Network. For her part, Giada recently purchased a new house in Pacific Palisaides CA, though she’s often in New York for network obligations. And, potentially, the occasional sushi outing.

UPDATE: Since we posted this story earlier today, Eloisa has since made her Instagram account private–so none of the photos above are loading. However, we managed to catch the 2015 #new #family Halloween image referenced above: 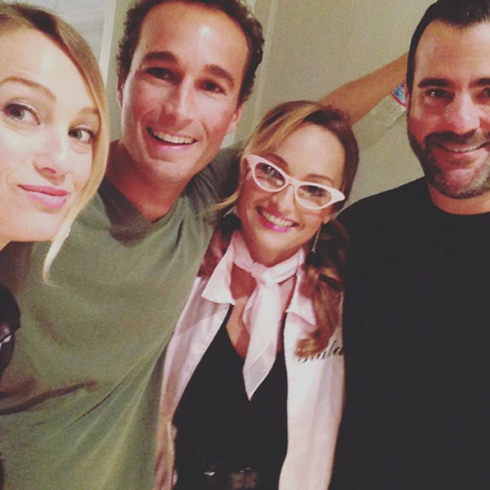 In addition, E! has since quoted a source close to Giada, who appeared to confirm the Giada de Laurentiis boyfriend rumors. According to that source, the couple is very serious–and very much “in love.”

What is Snooki’s net worth? A lot, thanks to her brand empire!