It’s been less than a month since it was revealed that Courtney Stodden is pregnant with her and husband Doug Hutchison’s first child, and carrying a human life in her womb has not kept Courtney from being her infamously over-the-top Stoddentertaining self on social media!

The first update came in the form of a porcelain-hugging morning sickness photo on Instagram in which a mussy-haired Courtney can be seen with her head resting on a toilet seat as she laments the fact that her morning sickness doesn’t seem to be paying attention to the time of day: 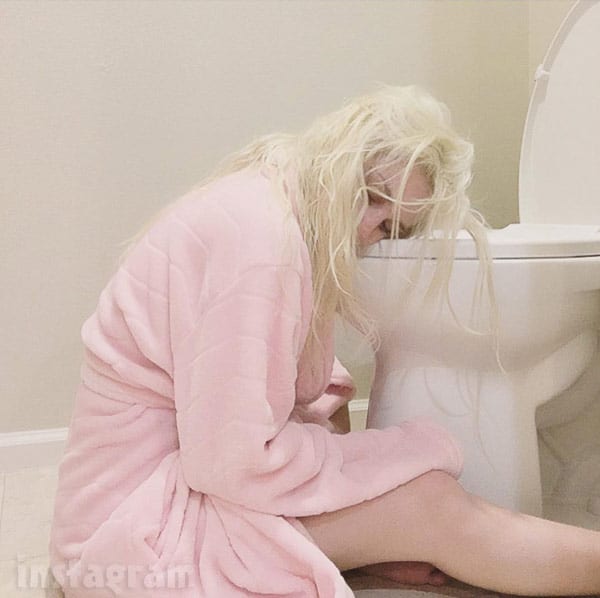 “When does this end?” Courtney asked in the photo caption, adding the ? emoji and the hash tags: #firsttrimester #baby #pregnant #morningsickness #notjustinthemornings

It seems Courtney’s morning sickness did eventually let up, and six days later she posted this dancing bikini video in which her belly is the only emoji she needs to express her positive feelings:

Courtney once again donned a bikini (I really cannot imagine the size of her bikini and lingerie collections!) to celebrate her two-month anniversary of getting pregnant with a “Pickle Cocktail:” 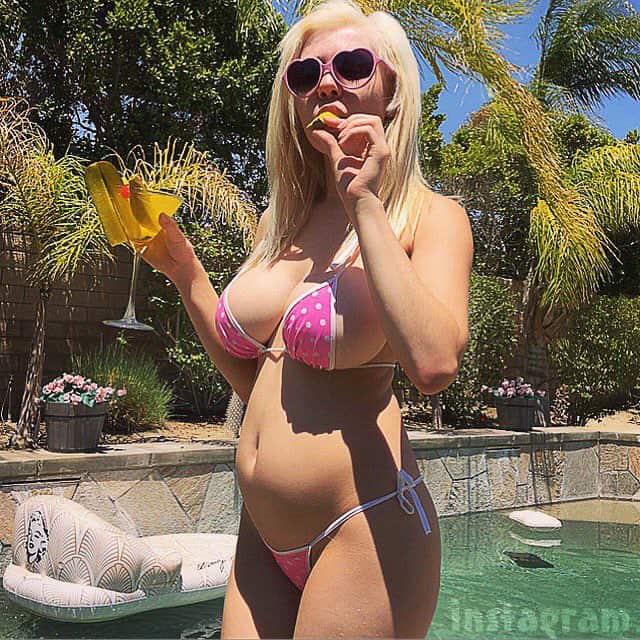 Bumpney made its red carpet debut the very next day as momma-to-be Courtney donned a belly-revealing “Prince R.I.P.” shirt to PETA’s celebration of Prince’s birthday Tuesday: 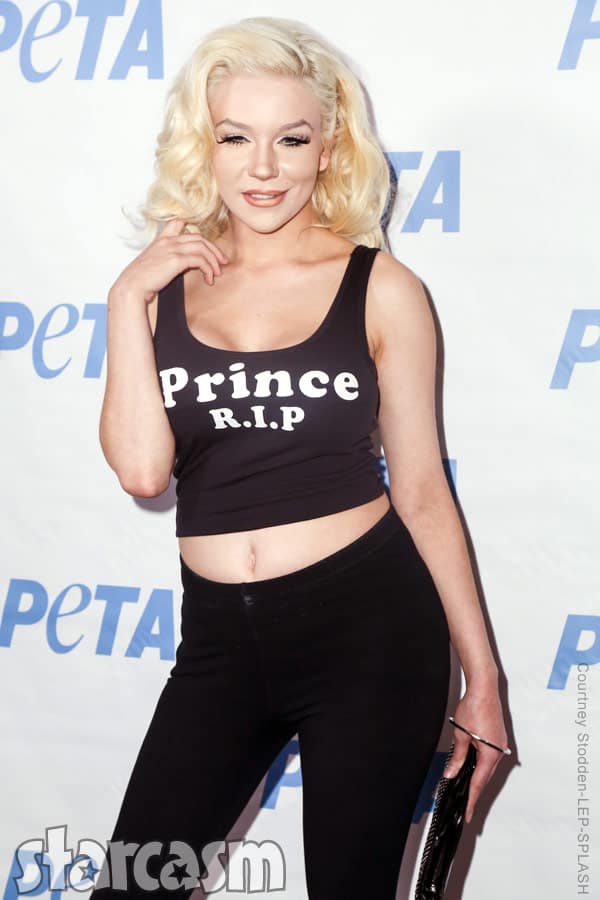 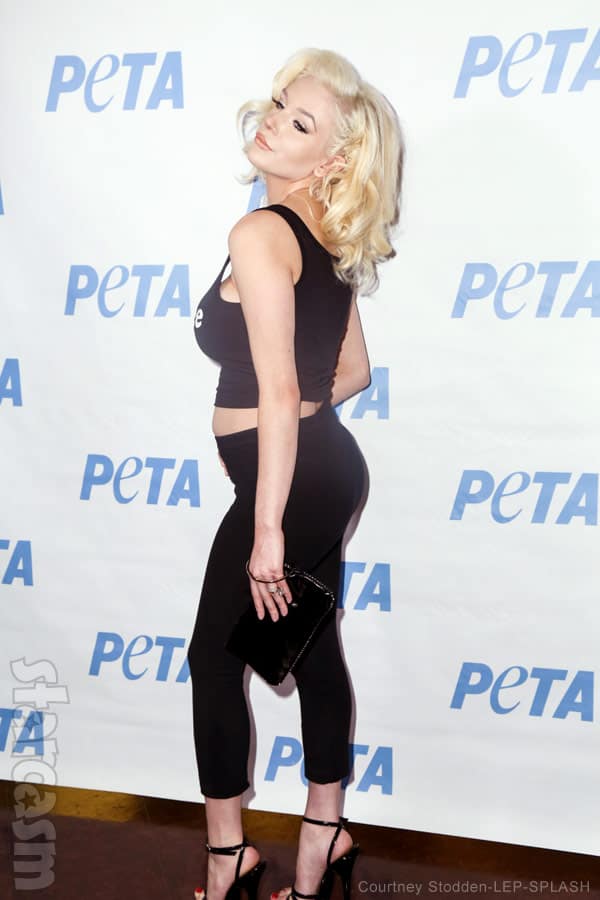 Courtney’s baby bump isn’t the only thing she’s been showing off on social media recently, she also teamed up with hubby Doug (aka Dourtney) to show off her musical abilities on the song “Pink Lipstick:”

What do you think — song of the summer?