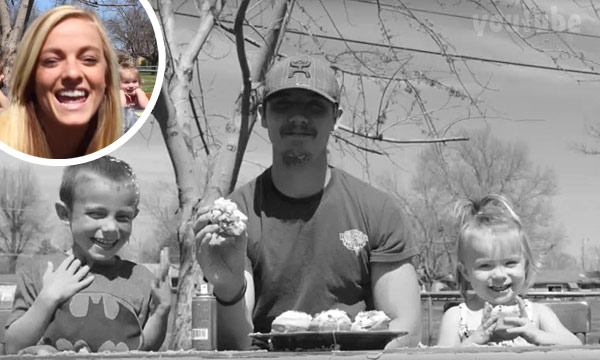 Back in April it was revealed that former Teen Mom 3 star Mackenzie McKee is pregnant with her third child. Although she is due in September, Mackenzie says the newest addition to the McKee family will be arriving via c-section in August. Earlier today, Mackenzie shared a fun gender reveal video featuring her husband Josh Mckee, son Gannon, daughter Jaxie, and LOTS OF CUPCAKES!

“OK, so behind me is Josh and the two babies,” says Mackenzie at the beginning of the clip,” and they’re very excited to find out what mommy has in her tummy. Our last baby!” Mackenzie turns behind her to ask the McKee peanut gallery assembled at a picnic table. “Do you guys want a boy or a girl?”

“I want a boy!” Gannon exclaims confidently. Mackenzie explains what Jaxie wants, but unfortunately I can’t quite make out what she says. 🙁

Mackenzie presents a plate of cupcakes and explains that they will either be blue or pink inside — blue for a boy, and pink for a girl. She turns everyone loose, and (of course) it’s Josh who gets to the center sooner with a big ol’ bite. So what’s the result? 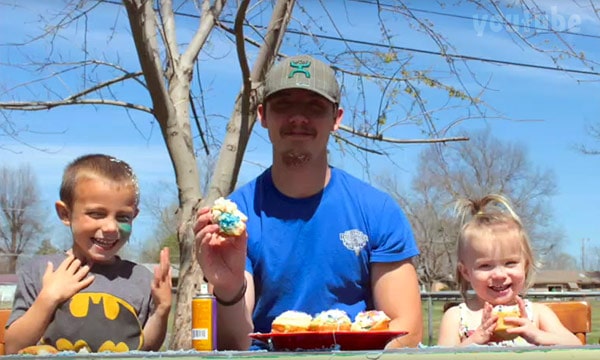 At this point Mackenzie showers everyone with blue silly string — something Gannon seems to absolutely love, and Jaxie seems perplexed by before joining her brother in jubilation: 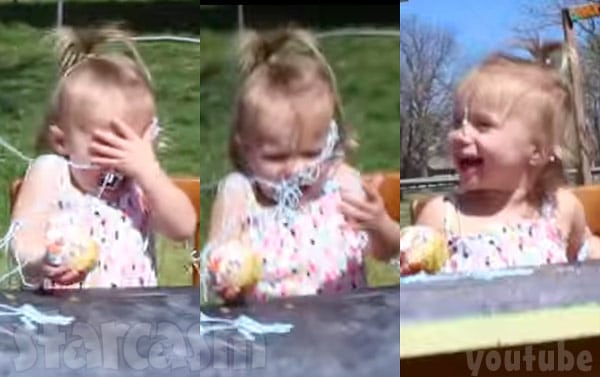 So two boys and one girl for the McKees. 🙂 Mackenzie and Josh have reportedly narrowed their baby name choices to two, but so far they haven’t revealed either option or their final decision. Stay tuned!