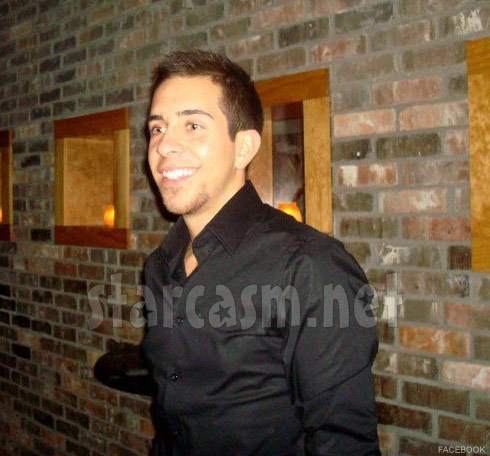 After chasing a “new boyfriend” red herring two weeks ago when Teen Mom Farrah Abraham was photographed being chummy on the beach with “just a friend” Mo Salama, we now have official confirmation on the identity of Farrah’s actual new boyfriend! Outed in this week’s issue of Life & Style, he is 23-year-old Daniel Alvarez, an internet entrepreneur currently living in Miami, Florida.

UPDATE – See photos of Farrah and Daniel together (with Sophia) at a park in Miami! 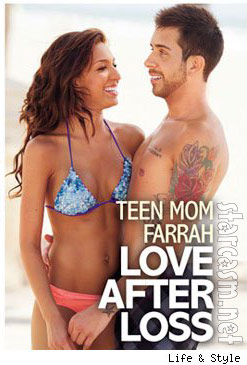 Farrah talked with Life & Style and couldn’t say enough about her new man. “I couldn’t ask for a better guy to come into my life,” she says.

The two met thanks to Farrah’s recent trip to New York City during which she bumped into a woman at the airport. “She said, ‘I have a friend you should go on a blind date with.’ It’s the most random way I’ve ever met somebody!” Farrah reveals. The two later had a first date at P.F. Chang’s towards the end of June.

So how has Daniel taken to Farrah’s daughter Sophia? “I introduced them right away,” Farrah admits. “It’s like a perfect little family. He’s great with Sophia.”

So who is this Daniel Alvarez?!? Does he measure up to the Teen Mom fans’ discerning tastes? I realize that the answer to that question is always “no,” but ol’ Daniel’s resume looks pretty good! 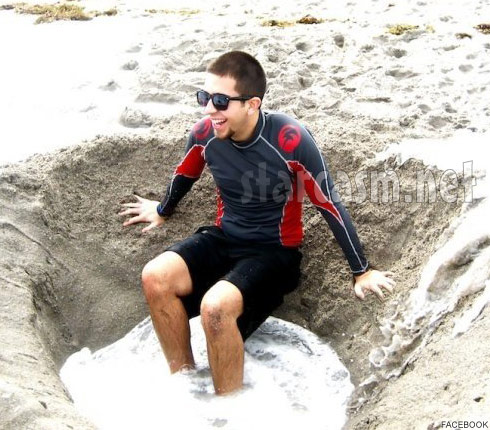 First off, he is quite the entrepreneur for being so young, which seems right in line with Farrah’s numerous career aspirations. Daniel is co-founder of MyBarHeaven.com, a directory of local bars, clubs and restaurants as well as a nightlife blog.

He also co-founded the web design company Authentik Kreative, which built MyBarHeaven.com! Daniel is listed as a web designer for the company on his linked in profile, but the company can handle all aspects of your online presence including web design, marketing and social media.

But, perhaps most importantly, dude is pretty hot! Sure, he’s got that mover-and-shaker, internet entrepreneur look, but that’s kind of hard to avoid when he is one. He’s kind of a mix between David Schwimmer and Jake Gyllenhaal – and I don’t mean that in a bad way!

Daniel spent his formative high school and college years in the Austin, Texas area and only recently relocated to South Florida. It says on his Linked In profile that his work history prior to venturing out on his own includes being an assistant manager at Circuit City from 2005-2007, an assistant manager at Nordstrom from 2007-2010, and a specialist at an Apple store for three months in 2009 and 2010.

I am guessing that he is of Colombian decent because he shared this blurry photo of himself on Facebook with the caption, “’94 passport pic in Colombia.” 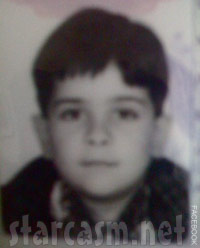 And, just in case all the previous diligent Teen Mom journalisming wasn’t enough and you need more than background info and still images to form your opinion, here’s a video featuring Daniel getting lost in a hay maze in in San Francisco in 2008.

(I should warn you that the clip does contain a bit of foul language, which is to be expected in any “lost in a hay maze” video.)

A big time reality television star (who happens to be quite attractive) and an internet marketing guy? This could be huge! That Italian/Asian fusion restaurant may be just around the corner!

And just to offer up a little evidence that Daniel is daddy material, here he is (with his big tattoo) having a blast in the pool with a little girl that’s just a little older than Sophia: 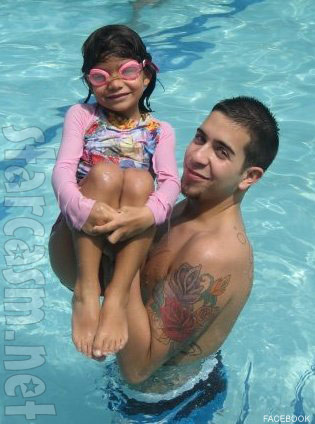 And not only is Daniel Alvarez great with little girls, he’s also quite good with the BIG ones too! 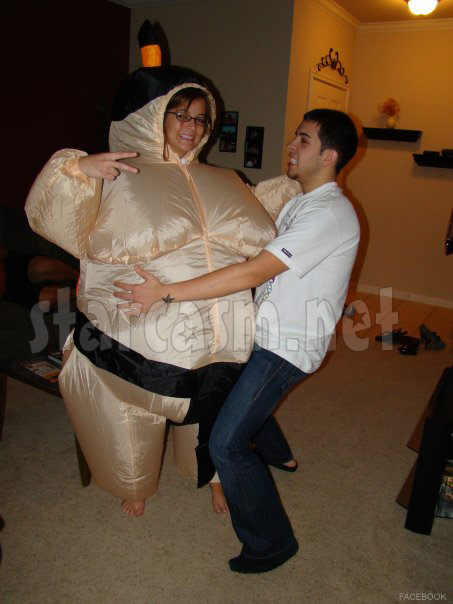 A 2008 hay maze video AND a photo of Daniel making sweet love to an inflatable sumo wrestler?!? OK, so where’s my Pulitzer?

For more photos of Daniel Alvarez and Farrah Abraham together you’ll need to pick this week’s issue of Life & Style, on newsstands now!

REPORT Amber Portwood to be released from prison in early November