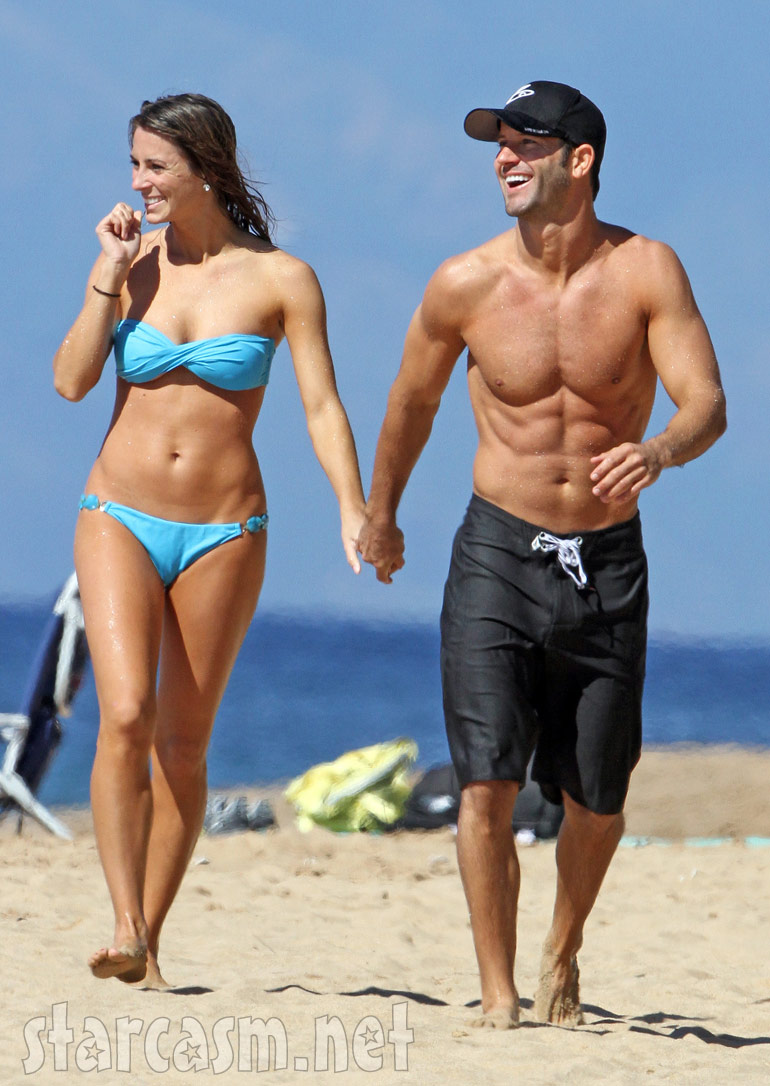 Professional reality show runners up Kiptyn Locke and Tenley Molzahn were spotted on the beach in Maui, Hawaii Sunday doing what they do best – looking damn fine!

The couple got together while competing on 2010’s The Bachelor Pad and Tenley tells People their relationship has real potential:

“We’re both very open to what this could be,” she says with a smile. “Marriage someday, babies someday, and if not, we’ll be fine with that because there’s so much more to Kiptyn than I think people realize. He’s so attentive and supportive, he has blessed me in my life right now.”

It seems a bit like poetic justice that Tenley (26), who Jake Pavelka dumped in favor of Vienna Girardi in the season finale of Season 14 of The Bachelor, and Kiptyn (32), runner up for the heart of Jillian Harris in Season 4 of The Bachelorette, would find true love on the raunchy hook up party fest Bachelor Pad! Good luck to them – perhaps all their hard work lookin’ for love has paid off after all!