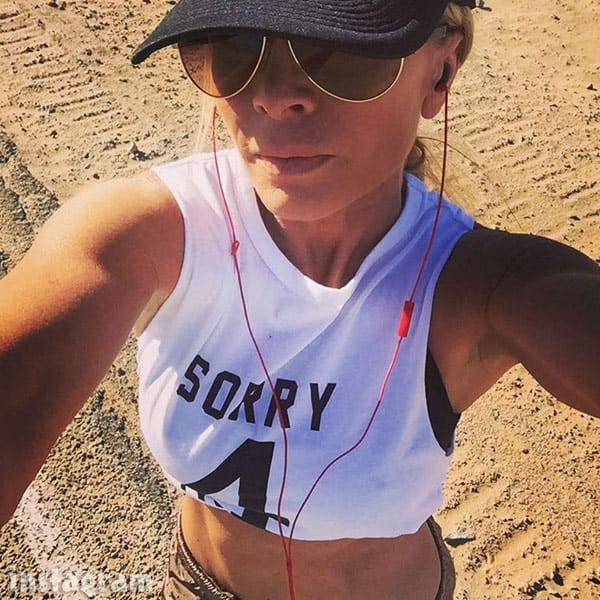 As followers of The Real Housewives of Orange County star Tamra Judge’s social media pages are well aware, she has been hitting the gym extra hard the last few weeks in preparation for the Fitness America Musclemania event in Lancaster, California on April 30. Unfortunately, those plans were derailed after Tamra was involved in a serious ATV accident along with co-stars Vicki Gunvalson and Heather Dubrow earlier this month.

Of course, Tamra is not one to give up, so she has adjusted her goals and is now shooting for another event a month later. “Looks like I will be postponing my fitness competition to the May 28 #musclemania – OC show,” Tamra revealed on Sunday. “Bitter sweet because I’ve been working so hard and mentally was ready, but now excited to be competing in OC. Time to get my head back in the game.” 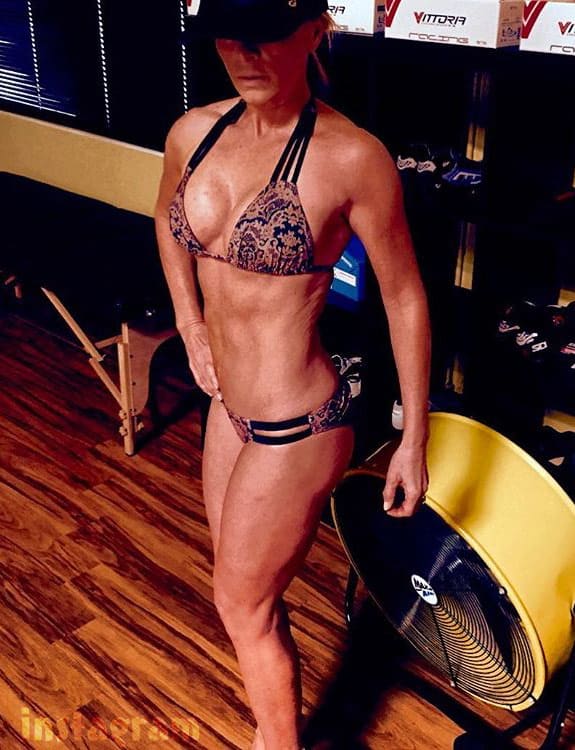 The 48-year-old mom is already back in the gym, and late last night she shared the RIPPED bikini photo above taken while she was working on her stage poses with fitness trainer Mia Finnegan.

“[Mia] teaching me how to walk and pose on stage today,” Tamra captioned the photo. “SUCKED! Harder than working out! I’m so proud of my progress but not exactly where I need to be yet. Still sculpting and reducing body fat ??.” She added the hashtags: #musclemania #fitmom #48 #nevertoOld #motivationmonday and #Sunkitten

We’re so glad to see Tamra fully recovered from the accident and back to doing what she loves: busting her ass (and everything else) at the gym! If you want to see the finished product in person, you can head over to Musclemania.com and get your tickets now!

So how do we get our two favorite svelte blonde fitness addicts Tamra Judge and Mackenzie McKee together? these two DEFINITELY need to team up! #Musclewomania