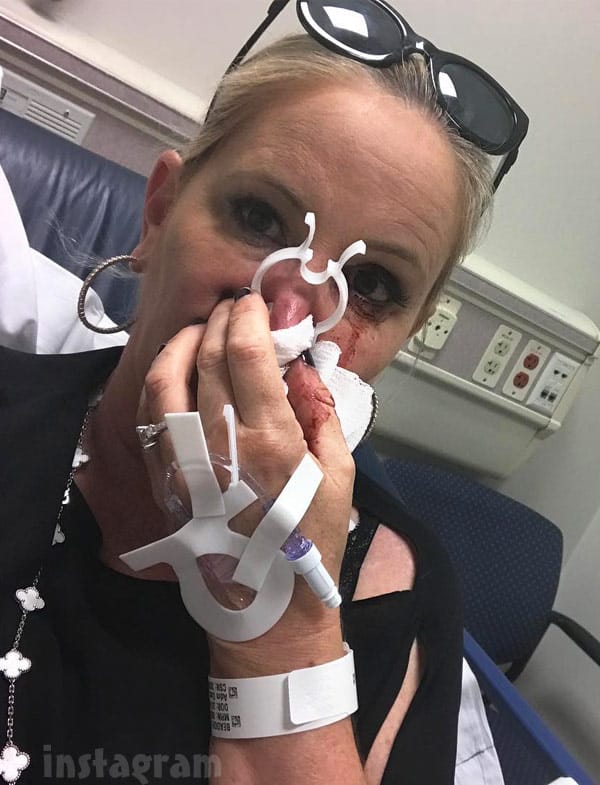 No one enjoys going to the Department of Motor Vehicles, but Shannon Beador’s recent trip was the stuff of nightmares!

The Real Housewives of Orange County star shared her harrowing story (and the photo above) on Instagram. The 53-year-old reality star was headed to the DMV with her teenage daughter Sophie to get her driver’s license when the scene straight out of the beginning of a zombie and/or plague movie took place.

“Was driving with Sophie to the DMV this afternoon so she could finally get her license and my nose started to bleed,” Shannon writes. “Then it started gushing out of my nose, down my throat, and out of my left eye. Sophie had to call 911. I was sitting in the DMV parking lot with blood spewing out everywhere.” WTF!

Shannon was eventually taken the the hospital for treatment. “Was in the hospital all afternoon, but everything is ok now,” she reveals. WHEW! She didn’t have a definitive answer for why her face turned into a blood fountain, but she does say that it was “probably because of the dry weather here.”

For our teen readers, I realize we have not answered the most important question: Did Sophie get her license?! “I made Sophie stay at the DMV and had someone meet her so she could still get her license,” Shannon reveals. “She passed!!! ?❤️?”

Woo hoo! And Sophie immediately used her newfound legal driving abilities to step up and be a sibling hero. Shannon says she passed her driver’s test “and then thought it was ok to drive home and take her sister out for ice cream without asking. ?” Shannon didn’t seem as thrilled as I’m sure Sophie’s sister was about the impromptu ice cream run. “Car rules are being laid down tonight!” mom wrote.

Even so, Shannon was quite apologetic about Sophie’s big day being upstaged by her dramatic health crisis. “Poor Sophie. I feel horrible for traumatizing her today,” Shannon says. She concluded her Instagram caption with the appropriate hashtags #eventfulday and #lettheweekendbemellow.

Shannon has been teasing Sophie’s driving test all month, including this shot of Sophie behind the wheel of momma’s whip: 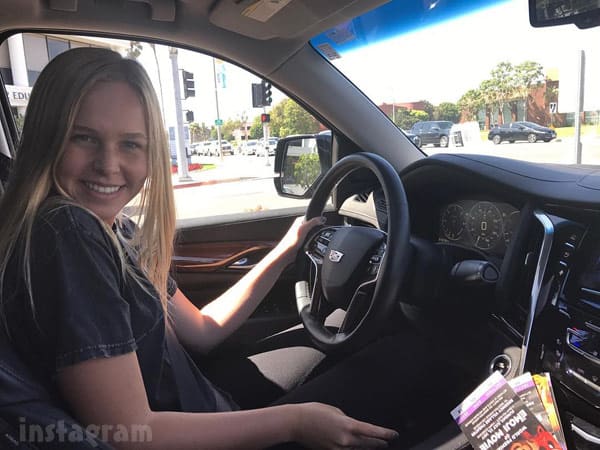 And then this update two weeks ago:

My beautiful blue-eyed princess @sophiebeador is growing up! ??❤️ And getting her license 2 weeks from today! ?

We’re so glad to hear the Shannon appears to be OK. Oh, and CONGRATULATIONS Sophie! Something tells me this is a story you will be telling often throughout the years to come.