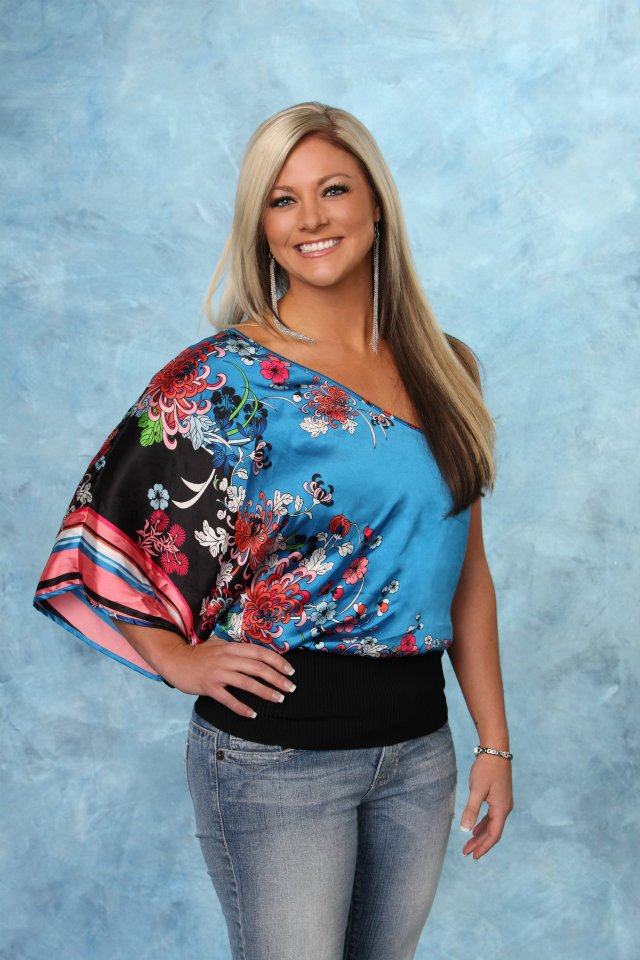 ABC’s romantic reality competition series The Bachelor doesn’t usually feature too many soccer moms among its single and ready to mingle female contestants, but that’s exactly what Ben Flajnik will get – albeit with a twist – in 28-year-old Shawn Reynolds! Shawn is a single mom and a financial adviser for Wells Fargo who played collegiate soccer as an undergraduate at Arizona State and as a graduate student at Xavier University in her home state of Ohio.

Shawn Marie Alexandria Reynolds was born April 30, 1983 just outside of Cincinnati in West Chester, Ohio to parents Karen and Ron Reynolds. She graduated from Lakota West High School in West Chester in 2001. Shawn was a standout athlete at Lakota West, lettering in soccer four years in a row and basketball twice. Although she could also dribble a ball with her hands, her real talent was dribbling one with her feet on the soccer field, where she took home Lakota West soccer MVP honors in 1999, 2000, and 2001.

In addition, Lakota was voted first-team all-league and all-city in 2001 and competed internationally for the Olympic Development Program. She was voted an Adidas ESP top 150 player in 2000 – and that combined with her four straight years of all-conference academic honors earned her a soccer scholarship to Arizona State University. 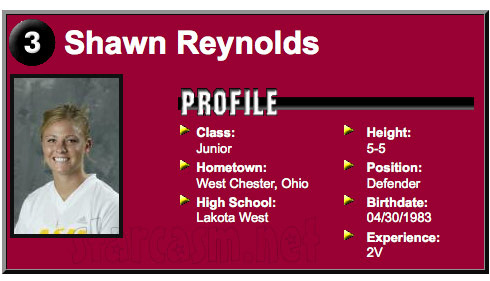 While at Arizona State, Shawn played two seasons after being a medical red shirt in 2003. She earned her Bachelors of Science in Finance and used her remaining two years of NCAA eligibility to play for Xavier University in Cincinnati while attaining her Masters degree in Business Administration. 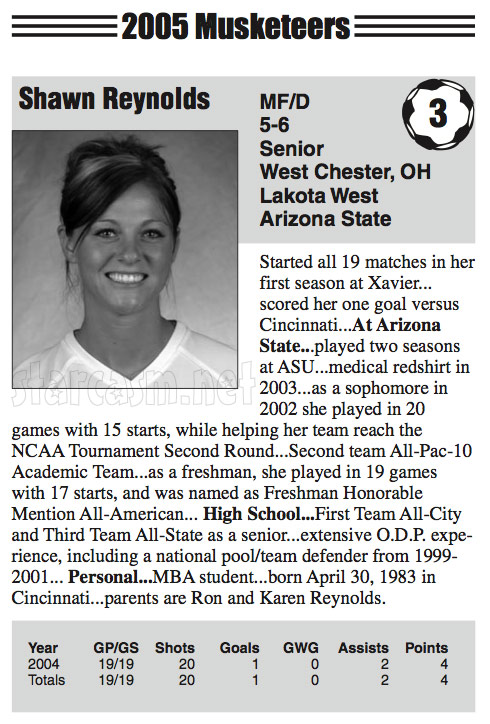 According to Bachelor blogger Reality Steve, Shawn has a 5-year-old son named Gavin – which means he would have been born right around the time Shawn graduated from Xavier and hit the job market.

Pro: Shawn is athletic, intelligent, has money, and knows what to do with it. What’s not to like?

Con: It should be interesting to see how Ben Flajnik reacts when Shawn tells him she has a five-year-old son at home.

Heterosexual dude notes: I’m a fan of college sports and attractive women and money – so Shawn scores well on her bar talk resume. I would have to slam on the hop in the sack brakes with the kid though. That’s some serious stuff – but shouldn’t be a deal breaker for any guy seriously looking for a relationship. (My man brain says “oof” to that Oriental print silk one-shouldered muumuu thing. That is just plain put-offishly unappealing.)

Education: Bachelors of Science in Finance from Arizona State University and MBA from Xavier University

If you could be someone else for just one day, who would it be and why?
I would be someone in a third world country so I could live, feel, hear and know for my own experience just how blessed I am.

If you wanted to really impress a man/woman what would you do and why?
Be very polite and respectful and choose something that showed them I was attentive to who they were and what they like 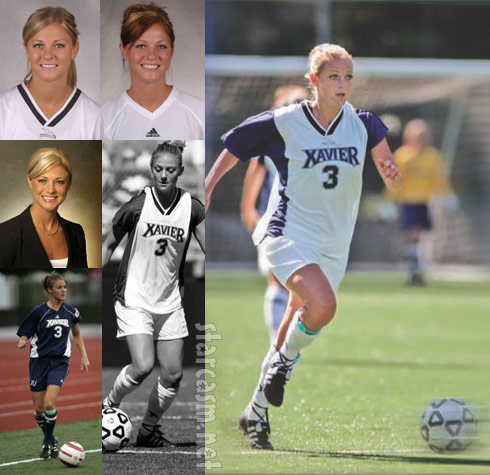 Do you consider yourself romantic and why?
I think I am romantic I love romance, passion, intimacy and creating special memories! I also love leaving I love you notes in lunch boxes or surprising the people I love with unexpected things just to say thinking of you.

What is your ideal mate’s personality like?
Funny, confident, coy, driven, competitive, intelligent. I want to be with someone who I can always learn from.

Are you a friend of Shawn’s and would like to share some more information, funny stories, or embarrassing yearbook photos? Comment below or drop us a line at starcasmtips (at) yahoo.com! 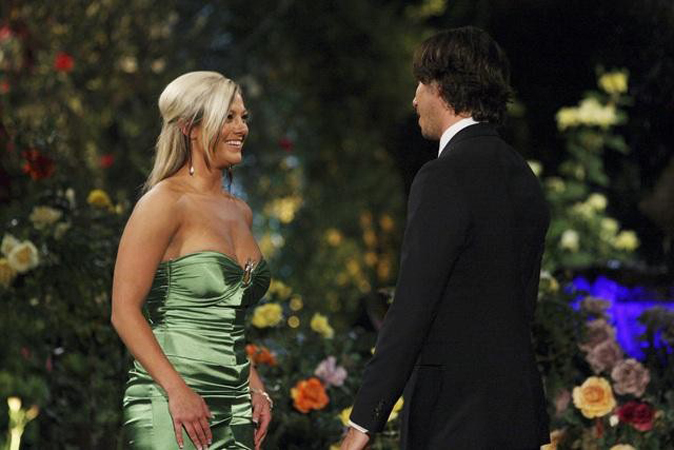