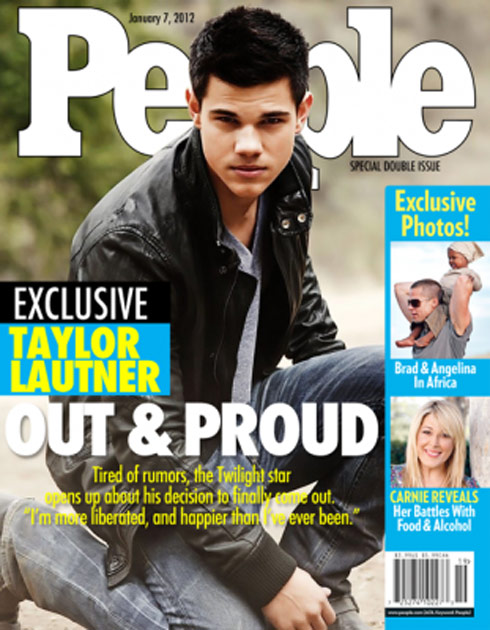 Nature abhors a vacuum and the internet abhors a slow news day. Thus we have a photo making the rounds online of a People magazine cover featuring Twilight hottie Taylor Lautner officially announcing that he is, in fact, gay. The full headline reads, “EXCLUSIVE: TAYLOR LAUTNER OUT & PROUD Tired of rumors, the Twilight star opens up about his decision to finally come out. ‘I’m more liberated, and happier than I’ve ever been.'”

But all you Team Jacob gals can relax, the cover is “absolutely fake” according to a rep for People.

Having created my own fair share of spoof tabloid covers it’s always entertaining to me to look at what other stories were created to go along with the attention-grabbing main cover story. This particular issue gets a FAIL due to lack of creativity because all they could come up with (for this “double issue” mind you!) was photos of Brad and Angelina in Africa and Carnie Wilson revealing she has issues with food and alcohol. Meh.

Here’s a more entertaining version of a “Twilight star is gay” People magazine cover as an example… *DISCLAIMER! THIS PEOPLE COVER IS ALSO FAKE!* 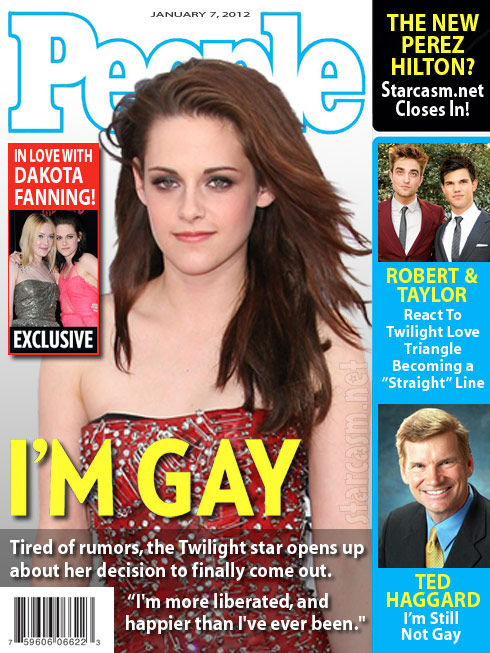 By the way, I LOOOVE Kristen Stewart’s safety pin dress from the MTV Awards! CLICK HERE for the photos and see if you don’t agree.