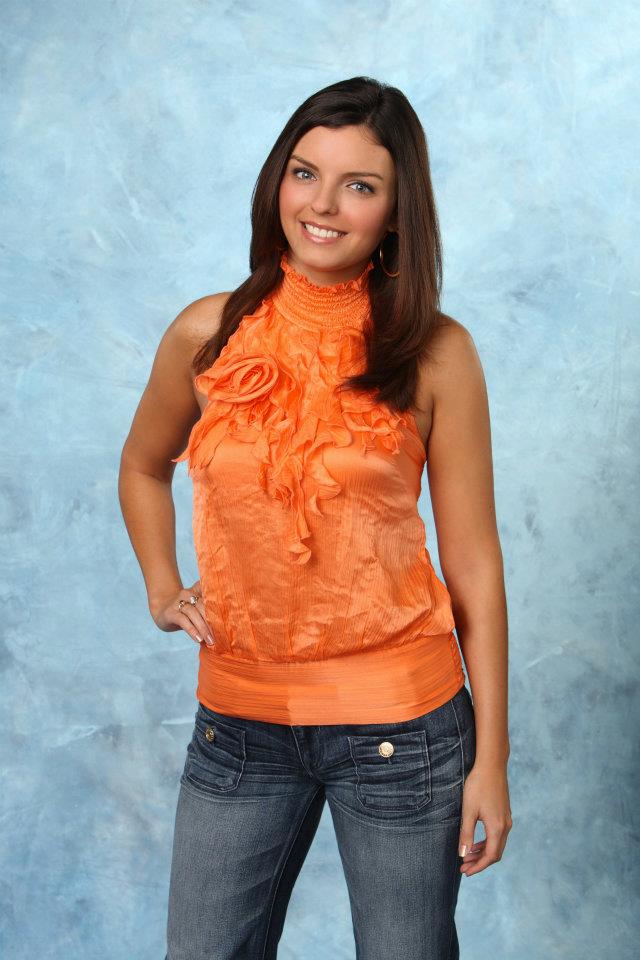 Meet Erika Uhlig, one of twenty-five eligible bachelorettes competing for the heart of hunky wine maker Ben Flajnik on Season 16 of The Bachelor set to premiere January 2, 2012 on ABC.

Erika might be pursuing the title of Mrs. Flajnik, but not winning shouldn’t be too big of a disappointment because she already has a rather impressive title… Miss Chicago 2011! That’s right, Erika is the reigning pageant queen from America’s third largest city!

I don’t know about you, but for me whenever I hear a woman is a pageant queen I want to know two things: What’s her talent and what does she look like in a swimsuit? I’m happy to say that the answers to those questions are extremely good ones! Erika’s talent is jazz violin (awesome!) and, well, here you go… 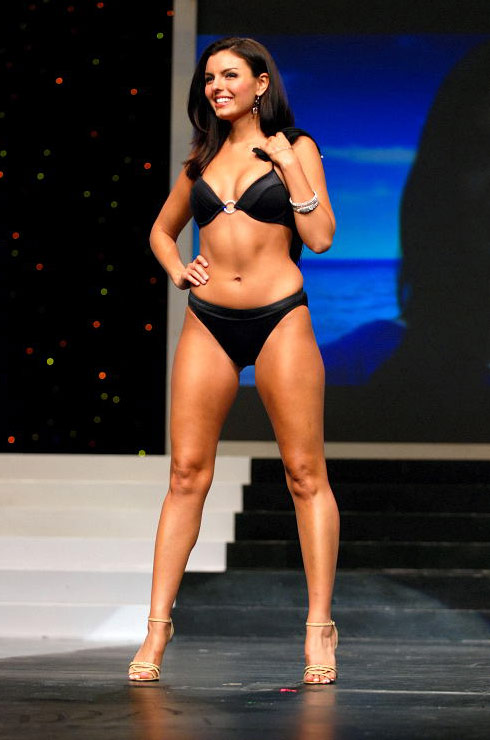 Man – a girl that good lookin’ deserves a prettier last name! (Of course, I don’t know that going from Uhlig to Flajnik is too much of an improvement.)

Pro: Jazz violin is great (I loooove some Stéphane Grappelli!) but what I’m thinking is that any gal who was formerly a contestant in the Miss Virginia pageant who plays jazz violin has to be able to play bluegrass too! Man – that girl in that bikini gettin’ down on some Orange Blossom Special? I don’t think the word “pro” would do that justice.

Con: 23 seems a little young for Ben, who is 28. And I suppose we need to include that orange shirt she’s wearing in the official ABC photos here, too. (Short-sleeved, frilly, tangerine colored, satiny turtleneck shirts are just not flattering.)

Heterosexual dude notes: This is a no-brainer, which is a good thing because “heterosexual dude” is not know for his intellectual insights. Erika is poised, smart, and talented – but of course all of that is moot. She looks amazing strutting a stage in a bikini and high heels, that’s enough for me to do any number of stupid, life-wrecking things. 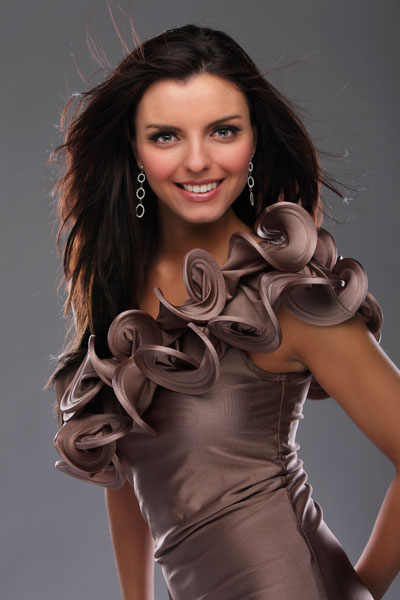 If you could be someone else for just one day, who would it be and why?
Troy Polamalu because I want to know what it’s like to be a gentle giant off the field and unstoppable on it.

What is your ideal mates personality like?
Down to earth with a similar sense of humor, most and foremost. Then well-rounded and caring.

Do you prefer a man who wants to be pursued or a man who pursues you and why?
Both. It’s nice to have a challenge but being chased is nice too. 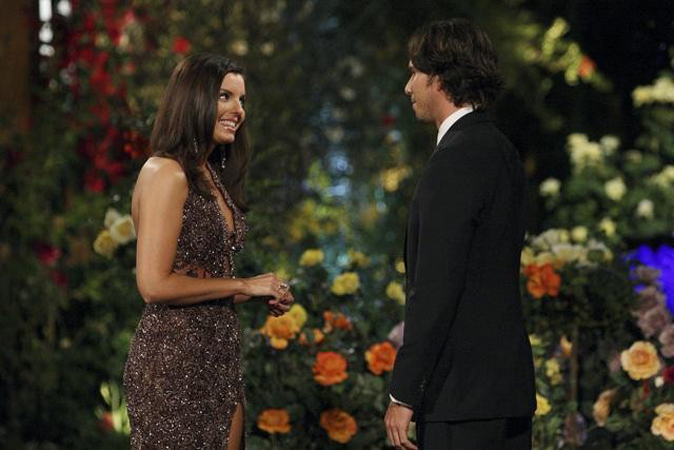 Are you a friend of Erika Uhlig’s and would like to share some more information, funny stories, or embarrassing yearbook photos? Comment below or drop us a line at starcasmtips (at) yahoo.com!

Whose grandmother is Sheryl from The Bachelor 16 with Ben Flajnik?

PHOTOS BIO Kacie Boguskie from The Bachelor 16 with Ben Flajnik